Collision with vessel at anchor 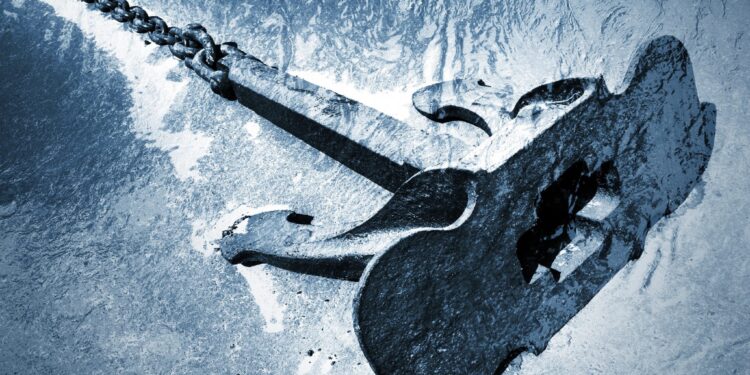 The Swedish P&I Club has published its Monthly Safety for December 2015 regarding a collision with vessel at anchor. The Swedish Club publishes on a monthly basis a new “Monthly Safety Scenario” (MSS) to assist owners in their efforts of complying with the maritime regulations.

Vessel A was raising its anchor before proceeding to the next port. The master decided to pass ahead of vessel B that was anchored for bunkering. Vessel B was on A’s starboard bow, A was maintaining a speed of 7 knots and a course of 122°. There was a strong southerly ebb tide of about 5 knots.

The master noticed that the vessel was setting south and altered course to port to 108° but the course overground was 135° at a speed of 7.8 knots due to the effect of the current. Another vessel was on the port side of A, so the master was hesitant to alter more to port even though the vessel was setting more to south and was very close to B. When the vessel on the port side had passed the master altered the port course to 076°. The distance to vessel B was only 0.2 nautical miles. The master increased speed to pass ahead of B.

This manoeuvre failed and the starboard quarter of A made contact with vessel B’s bulbous bow. As a consequence, vessel B’s starboard anchor chain was entangled with the propeller and rudder of A. In an attempt to separate from vessel B the master ordered numerous ahead movements. This manoeuvre caused further damage to both vessels including breaking vessel B’s anchor chain.

Vessel A’s rudder was stuck hard to port so the vessel moved in a circle and was now turning to port and risked colliding with vessel B once again. The master dropped the port anchor and ordered full astern and the vessel finally stopped.

Severe damage to the propeller and structure. The vessel was off hire for a couple of weeks while firstly completing temporary repairs and then being dry docked.