In its latest Shipping Review, Allianz noted that climate change is impacting ice hazards for shipping, opening new trade routes in some areas, while increasing the risk of ice in others. Arctic ice has been thinning and retreating over the past 40 years, bringing new opportunities for shipping, with more and more vessel sailing in Arctic, but also serious environmental concerns.

For example, cargo volumes on the Northern Sea Route (NSR) increased by nearly 40% to 9.7 million tons in 2017, the biggest annual volume ever, according to the Russian Federal Agency for Maritime and River Transport. This is expected to rise to 40 million tons by 2022, reflecting the development of oil and gas fields, and 70 to 80 million tons by 2030.

Climate change could open up new shipping routes in the Arctic, such as the North West Passage, and routes across Russia and Canada. These routes will have advantages as well as disadvantages. For example, a collision in a remote hostile environment like the Arctic could prove challenging, and would be a long way away from salvage teams,

Ships operating in Arctic waters are bound by the Polar Code, but ice is also posing a significant hazard for shipping elsewhere, the report stresses. Outside the Arctic and Antarctic, a number of so-called conditional areas also carry a higher risk of ice, including the Gulf of St. Lawrence, Alaska, Sakhalin, Russia and the Baltic Sea. Trading in these areas has also been increasing with global warming.

There is also a threat of ice hazards in more southerly shipping routes from icebergs. At the end of 2017, the US Coast Guard’s International Ice Patrol warned shipping companies that an unusual number of icebergs were drifting into shipping lanes. It found that over 1,000 icebergs had drifted into North Atlantic shipping lanes in 2017, marking it the fourth consecutive season where the danger has been classified as “extreme”.

A melting Arctic could lead to an increase in icebergs affecting trade routes, although this has not yet been a problem for the major north, south, east or west shipping lanes. But this might become more of an issue in the future, 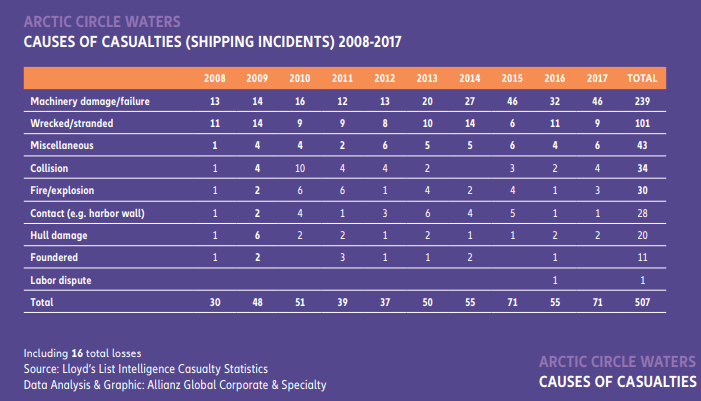 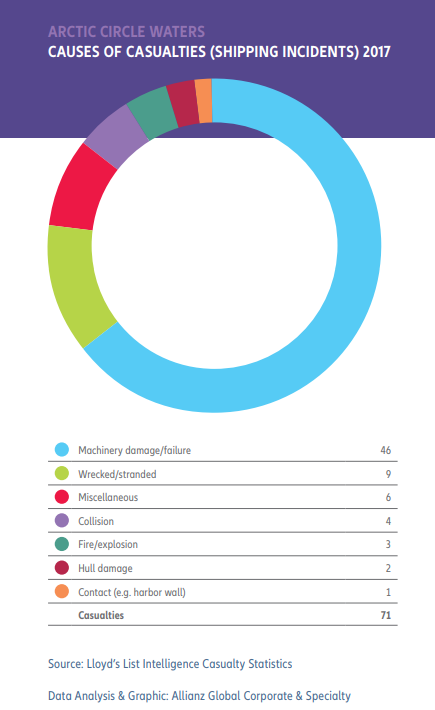