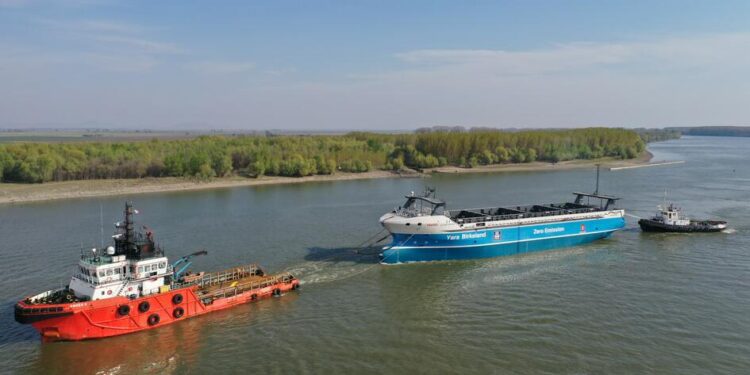 Yara has been granted NOK 283.25 million ($31.4 million) from Enova for the development of an initiative to produce green ammonia. With this Yara officially takes the first step towards full decarbonisation of the ammonia plant at Herøya in Porsgrunn.

Yara’s fertilizer factory at Herøya is one of Norway’s largest sources of CO2 emissions outside the oil and gas industry, releasing 800,000 tonnes of CO2 annually. A crucial element in fertilizer production is hydrogen, which is converted into ammonia. Today, the hydrogen is produced using liquefied fossil gas. By producing hydrogen based on renewable energy, Yara will be able to create emission-free ammonia.

Norway has the unique opportunity to take a leading position in the green transition, but the window of opportunity is limited. That is why this decision is so important and will be able to help accelerate a new, Norwegian industrial adventure. Green ammonia is a versatile, climate friendly input factor and hydrogen energy carrier. Emission free ammonia is the key to reducing emissions from world food production and long-distance shipping, says Svein Tore Holsether, CEO of Yara.

Yara’s corporate board has made the decision to invest in the 24 MW demonstration plant, where the technology will be demonstrated and quality assured. This plant will be one of the largest projects producing green ammonia in the world.

Renewable energy will replace fossil fuels and thereby reduce CO2 emissions by approximately 41,000 tons per year. The plant will produce enough hydrogen to produce 20,500 tonnes of ammonia per year, which converts into between 60,000 and 80,000 tonnes of green fossil free mineral fertilizer.

The project aims to supply the first green ammonia products to the market as early as mid-2023, both as fossil free fertilizer, as well as fuel for ships. We move from good intentions to actions, the investment decision has been made and the project begins now, says Magnus Ankarstrand, director of Yara Clean Ammonia.

Holsether underlines that this is an important move to ensure Yara’s plans to reduce their own emissions.

To remind, Yara has already cut its own emissions by about 45 percent since 2005 and will continue to reduce its own emissions and emissions from power production by an additional 30 percent within 2030. We are very pleased that the authorities support the investment and has granted us the necessary permits and the financial support from Enova, says Holsether.