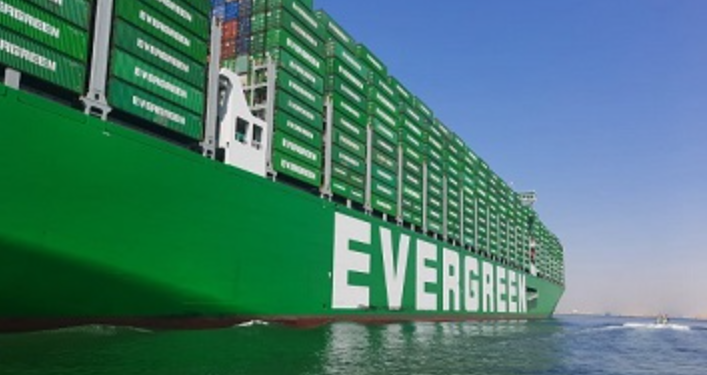 On 28th August 2021, world’s largest containership known as “Ever Ace” successfully crossed the Suez Canal for the first time.

To remind, Evergreen’s Ever Ace has recently become the largest container ship in the world, while is the first of a series of 10, beats the ships of HHM by 28 teu.

For the records, the vessel was delivered in July by Samsung Heavy Industries.

As informed, Ever Ace crossed the Suez Canal on its maiden voyage to Europe en route to the Port of Rotterdam. It had set sail from the Port of Taipei earlier in August 2021.

Video: first transit of "EVER ACE", the world's largest containership, through the Suez Canal#Suezcanal pic.twitter.com/IXHkIr0399

The vessel is scheduled to arrive at the Port of Rotterdam on 4 September 2021 at around 3 p.m., according to the port authority.

Ever Ace’s crossing of the Suez Canal comes just two weeks after Evergreen’s containership Ever Given transited the waterway for the first time after grounding in March 2021.