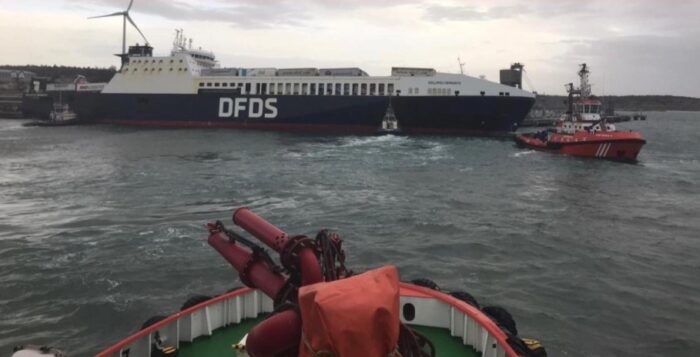 On February 11, Turkey's General Directorate of Coastal Safety (KEGM) saved the Ro/Ro Gallipoli Seaways off the Babakale. A bus aboard the ship caught fire, spreading the fire, and causing an extended firefighting effort.

According to sources, during a transit from Istanbul to Trieste, the vessel contacted Çanakkale Strait VTS watchstanders reporting smoke on deck. Then two KEGM response tugs were deployed to the scene.

Upon arrival, the tugs found that the vessel had taken a 10-degree list to port. They then towed the ship to a cement plant terminal, where shoreside fire departments joined the fire fighting effort.

The fire was successfully extingished by the early hours of February 12. At the time of the fire, 22 crewmembers, four passengers and 221 vehicles were on board. No injuries were reported.

Gallipoli Seaways left the cement plant pier during the weekend, and was moored at a Ro/Ro terminal outside of Istanbul.