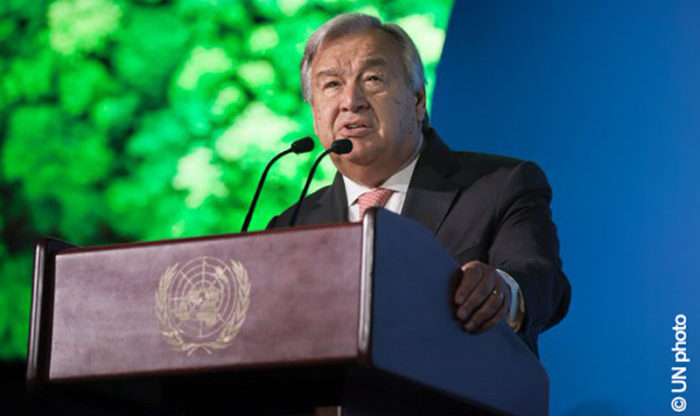 In the closing of the Climate Action Summit in New York, UN Secretary-General Antonio Guterres applauded the progress made in the shipping industry in the battle against climate crisis, commenting it as a 'huge step'.

The Sec-Gen highlighted the efforts made by major industry players in the process of achieving the 2050 carbon-neutrality goal; IMO's 2050 goal aims to reduce the annual GHG emissions in 2050 by 50%, in comparison to 2008's emissions, further aiming towards a zero GHG emission future.

During his speech, the Secretary General called all governments to

... provide a stronger mandate for climate and Sustainable Development Goals to their national and regional public financial institutions in order for that to be achievable.

Also, in light of the event, IMO was represented by the Secretary General, Kitack Lim, who highlight the progress made in the maritime sector in line with the 2030 Agenda for Sustainable Development and the SDG 13 on Climate change in particular.

In the environmental-focused event, the UN Global Compact launched its 9 Sustainable Ocean Principles commenting that those having signed the Principles 'recognize the urgency and global importance of a healthy ocean, and will take action to promote the well-being of the ocean for current and future generations.'

Concluding, the Global Maritime Forum, the Friends of Ocean action, and the World Economic Forum launched the 'Getting to Zero' coalition aiming to a commercially viable zero-emission vessel industry for ships operating along deep sea trade routes by 2030.