The USCG continues oil spill recovery operations, responding to a crude oil discharge located within the Jamie Whitten Lock at mile marker 412 on the Tennessee Tombigbee Waterway, Wednesday, September 11. Up to now the cause of the oil spill remains unknown.

The USCG was informed for the oil spill on Sunday, September 8, after an unknown amount of crude oil was discharged from a damaged crude oil barge owned by Savage Inland Marine.

The damaged cargo vessel on the barge had about 321,000 gallons of crude oil. Thus, the amount estimated to have been released and contained in the Jamie Whitten Lock is 117,000 gallons. The USCG informs that the remaining capacity has been removed from the barge.

Taking part in the oil spill response is E3 Environmental, that has been contracted to contain and recover the spill. Also, five vacuum trucks, seven skimmers, over 75 personnel from 11 different federal and state agencies as well as emergency management response contractors are on scene conducting 24-hour oil recovery operations.

The crude oil is contained within the lock and dam, and within the 40 feet of boom placed around the dam.

Involved in the response efforts are

The Sector Ohio Valley captain of the port closed the waterway from mile marker 410 to mile marker 414 on the Tennessee Tombigbee Waterway. 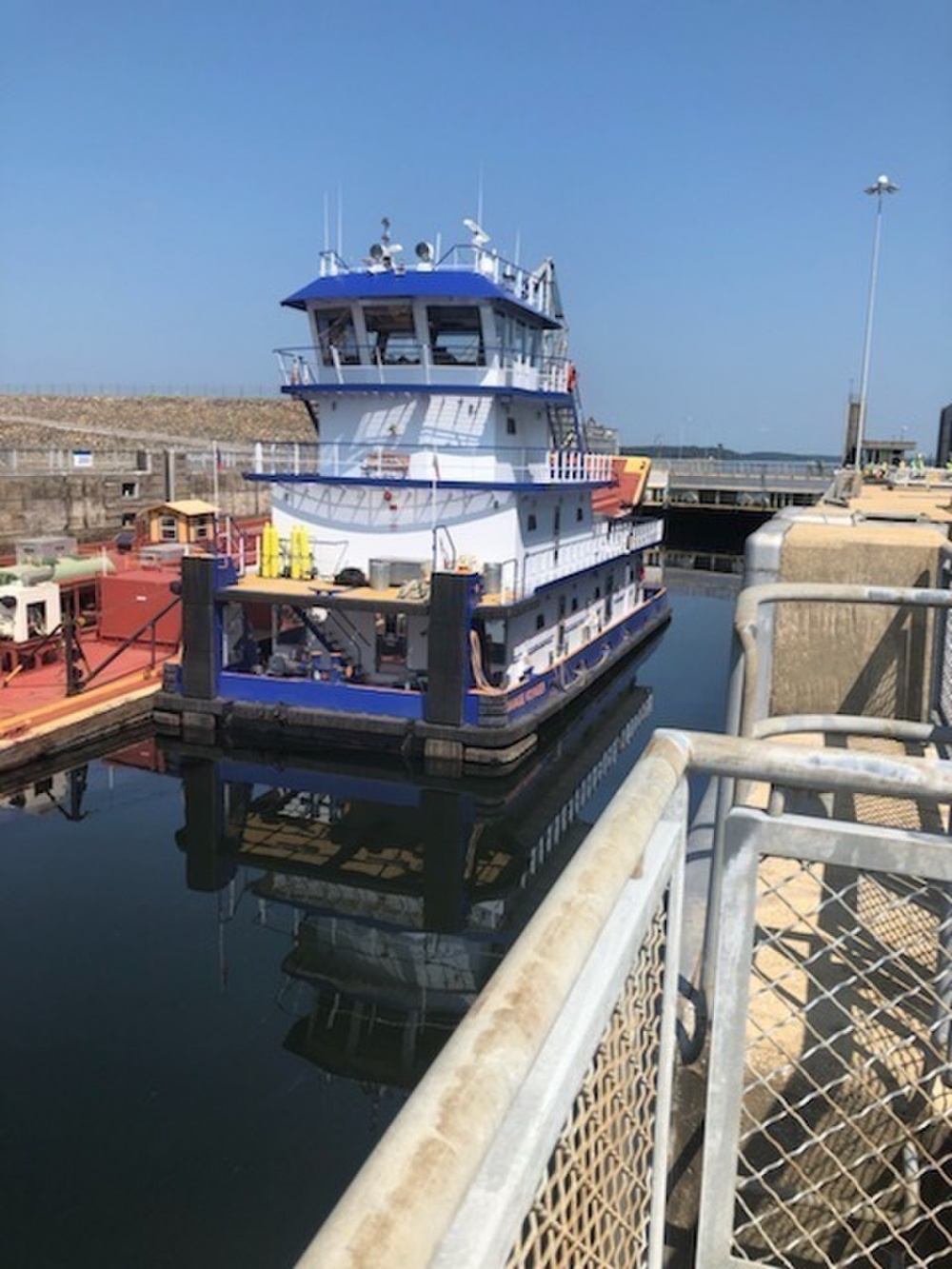