by The Editorial Team
in E-navigation, Emissions 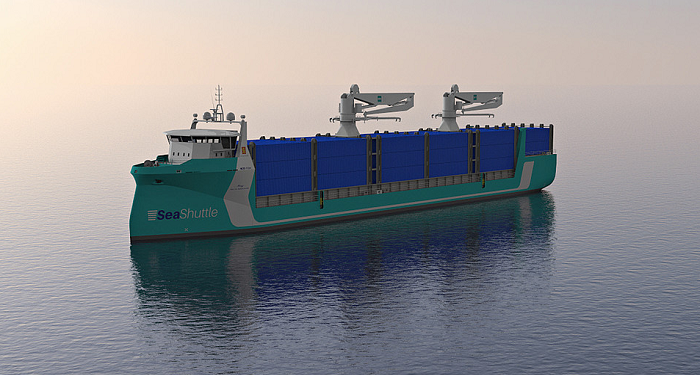 Headquartered in the Netherlands, multimodal operator, Samskip, announced that it will lead the challenging initiative to develop autonomous, zero-emissions containerships that, at same time, operate at a profit.

The project seeking to bring emissions-free, autonomous container ships to market that also compete on cost is named ‘Seashuttle’.

Norwegian government has awarded €6 million to the ‘Project SeaShuttle’.

The project is expected to develop two all-electric ships slated to connect Poland, Swedish west coast ports and the Oslo fjord. The vessels will draw on state-of-the-art hydrogen fuel cells for their propulsion power.

What distinguishes this project and will be key to its success is the combination of fuel and technology that will make it cost competitive with existing solutions. With our trusted project partners, we are convinced that such ambitions are realistic.

Are Grathen, MD Samskip Norway stated in the announcement.

Seashuttle is one of six initiatives included in ‘PILOT-E’, a €100 million-plus scheme involving the Research Council, Innovation Norway and Enova, aiming to bring solutions for the climate-neutral industries of the future to market more quickly.

Seashuttle funding came from four Norwegian ministries (Food and Fishing, Climate and Environment, Petroleum and Energy and Transport and Communications).