S. Carolina Ports to remain in the US top 10 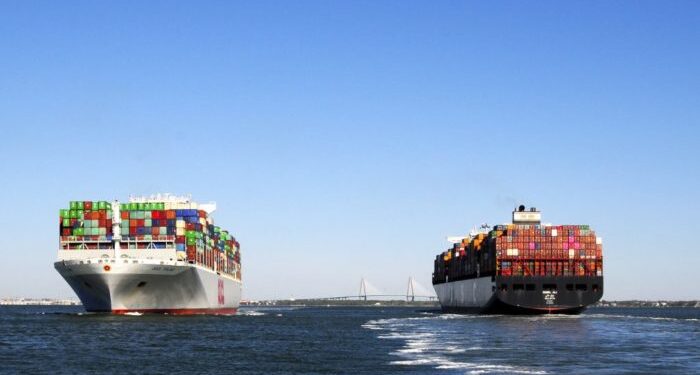 On Monday, October 21, the CEO of South Carolina Ports Authority (SCPA), Jim Newsome, gave his State of the Port Address highlighting that the underlining vision for the SCPA is to be the preferred port of the top 10 U.S. container ports.

The CEO, who this year celebrates ten years in the SCPA said that

Only eight states in the country have a top 10 container port, and South Carolina is one of them. Global businesses locate near major ports, and our port is incredibly well run. The secret to making our port work is the people, and I am immensely proud of the work they do to make us the preferred port in the U.S.

During the fiscal year 2019, the Ports Authority handled the most cargo in the port’s history, handling nearly 2.4 million TEUs; an increase of 8.8% from the previous year. In fact, the SCPA transported approximately 195,000 vehicles and more than 625,000 pier tons in fiscal year 2019.

In a statement, the company underlined that South Carolina Ports Authority (SCPA) makes a $63.4 billion annual economic impact on South Carolina, creating 1 in 10 S.C. jobs, according to a new Economic Impact Study from the University of South Carolina’s Darla Moore School of Business.

Earlier this year, SCPA announced the strongest March in its history and more than 11% fiscal year-over-year growth. SCPA transferred 214,123 TEUs, making it the second highest month in SCPA history. The Ports handled its highest monthly record in October 2018, with 217,035 TEUs moved across the docks.

Moreover, in its sixth year of operation, Inland Port Greer had its busiest year to history, with 143,204 rail moves; a 22% year-over-year increase, while in its first full year of business it handled 29,580 rail moves.

The Ports Authority is focused on growing retail volumes and enlisting distribution centers to handle the influx of retail imports for the Southeast, which is the fastest-growing region in the country.Notably, since 2009, the SCPA has doubled its container volume, something that can be largely attributed to a boom in advanced manufacturing in South Carolina.

The CEO added that the agency supports the development of port-related industrial parks and distribution hubs in South Carolina. The Ports Authority owns a 950-acre, rail-served industrial site in Ridgeville that is poised for distribution center operations.

We plan to diversify our cargo base with SCPA’s mission in mind: to support waterborne commerce, meet the needs of our customers and benefit South Carolina citizens.

S.C. Ports plans to finalize three major infrastructure projects by the end of 2021; deepening Charleston Harbor; opening a new container terminal and modernizing the Wando Welch Terminal, which is expected to handle 3 14,000-TEU ships simultaneously by the end of 2020, leading to a capacity of 2.4 million TEUs .

Furthermore, the SCPA has made major advancements on building the first greenfield container terminal in the U.S. since 2009, the future Hugh K. Leatherman Sr. Terminal in North Charleston. The first phase is expected to open along the Cooper River in early 2021 and includes a 1,400-foot wharf and five 169-foot-tall ship-to-shore cranes.

Deepening the entrance channel to 54 feet is on-going and the deepening of the lower harbor up to Wando Welch Terminal set off recently with the awarding of the third contract. Indeed, the capabilities of the Wando terminal will be majorly increased by the deepening this section of the Wando River to 52 feet and widening the turning basin to 1,650 feet.

Future project work involves the deepening of the Cooper River to 52 feet up to the Leatherman terminal. Charleston is expected to have the deepest harbor on the East Coast at 52 feet by 2021, ensuring that large container ships can access SCPA terminals at any time, regardless of the tides.

At the end of 2018, South Carolina Ports Authority reported 6.4% year-over-year container volume growth, with a record 2.3 million twenty-foot equivalent container units (TEUs) handled in the past year. The 2018 marked the third consecutive calendar year of record TEU volume for the Ports Authority. The Port moved 199,701 TEUs in December alone, a 9.2% increase over December 2017 and the strongest December in its history.

In April, SCPA celebrated the opening of a second inland location, Inland Port Dillon, and a few months later the Port completed a nearly three-year effort to strengthen and modernize the Wando Welch Terminal wharf for handling new cranes and bigger ships.