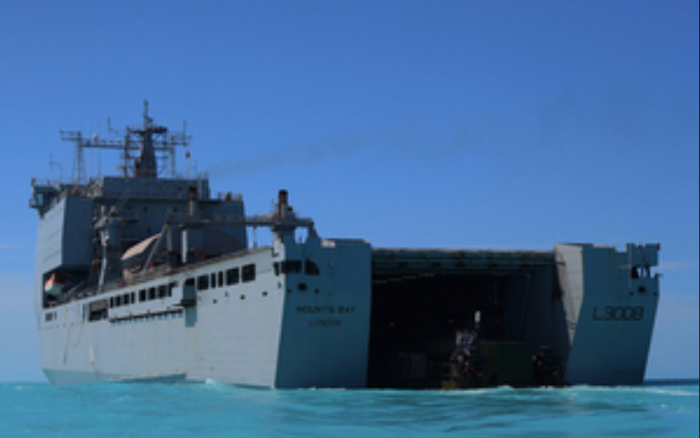 The UK Royal Navy deploys an additional 18 military medical staff to arrive in the Bahamas and provide emergency care, surgery and intensive care to those impacted from Hurricane Dorian.

Specifically, the 18 medical personnel are military personnel who work among the UK National Health Service and they are sent anywhere in the world to provide medical help when it is needed. They are able to provide a higher tier of medical support – known as a Role 2 capability. A Role 1 team, which can deal with everyday illnesses and injuries, is already embarked.

Moreover, the military personnel will join the Royal Navy support ship RFA Mounts Bay which transfers aid to the Bahamas; Also, the Mounts Bay was pre-positioned in the region amid hurricane season, a place it has every year. The UK Navy also deployed the HMS Protector, currently operating in Bermuda, transmitting supplies such as food, water and clothing for the victims of the hurricane. Yet, in Monday it is scheduled to voyage to the Bahamas to provide additional assistance and support.

The UK is working with other partners in the region, including the U.S. Coast Guard, whose helicopters have refueled on RFA Mounts Bay. The Coast Guard was one of the first relief agencies on scene, and it has rescued more than 300 survivors to date.

The devastation wrought by Hurricane Dorian has required an urgent response and the UK’s commitment to the Caribbean means that our Royal Navy is on hand to help. As part of this quick response we’re working closely with our US counterparts in delivering assistance to the Bahamas.

Hurricane Dorian left a shocking level of devastation to the Bahamas, and men and women in RFA Mounts Bay, drawn from across Defence, are giving their all to provide assistance on the ground, added Fleet Commander Vice Admiral Jerry Kyd.

Following the Royal Navy, the cruise industry has already provided its assistance to the victims of the hurricane. Also, Equinor announced that it will clean up the spills from the South Riding Point oil terminal in the Bahamas, which was damaged by the Hurricane.

According to reports, Hurricane Dorian was the strongest storm of the Atlantic hurricane season so far.