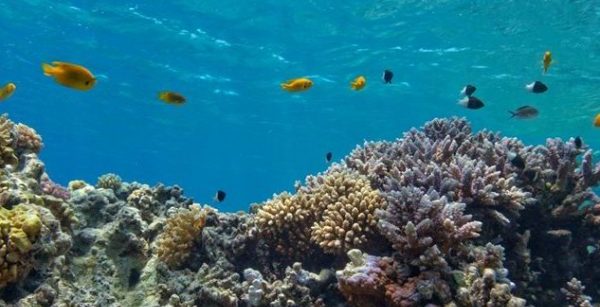 The US Coast Guard provided recommended measures to mitigate the potential factors that some indications suggest may be contributing to the spread of Stony Coral Tissue Loss Disease (SCTLD) throughout the Caribbean. One such factor may be the potential transfer of pathogens in ballast water.

USCG and the Environmental Protection Agency (EPA), as participants of the Caribbean Coral Reef Partnership, were recently provided information regarding the rapid spread of SCTLD throughout the Caribbean, a lethal disease that rapidly destroys the soft tissue of many different species of coral.

The disease first appeared off the coast of Miami-Dade County, Florida, in September 2014. Now nearly half of Florida’s 45 species of hard coral are affected by the disease, including many reef-building types.

Once afflicted, the disease progresses rapidly, killing corals within weeks or months. It is estimated to have led to the death of millions of corals since 2014.

Project launched to harmonize ballast water management in the Mediterranean

The causative agent of SCTLD has not yet been identified. Recent work indicates that co-infection of a bacteria and a virus is a possibility.

In this regard, the USCG Office of Operating and Environmental Standards published Marine Safety Information Bulletin 007-19, “Ballast Water Best Management Practices to Reduce the Likelihood of Transporting Pathogens That May Spread Stony Coral Tissue Loss Disease.“

The bulletin seeks to ensure that the maritime industry has the information it needs to mitigate ballast water as a potential contributing factor, following request by the National Oceanic and Atmospheric Administration (NOAA).

-Accordingly, vessel representatives are reminded of the following mandatory management practices associated with the discharge of ballast water (BW) from vessels required to conduct a Ballast Water Exchange (BWE) under US Regulations:

The following video, courtesy of Woods Hole Oceanographic Institution (WHOI), was taken during a survey the day after a team of researchers discovered a coral disease outbreak on February 1, 2019 at Flat Cay reef on St. Thomas, US Virgin Islands.

The white that you see on the corals are areas where the coral tissue has died: