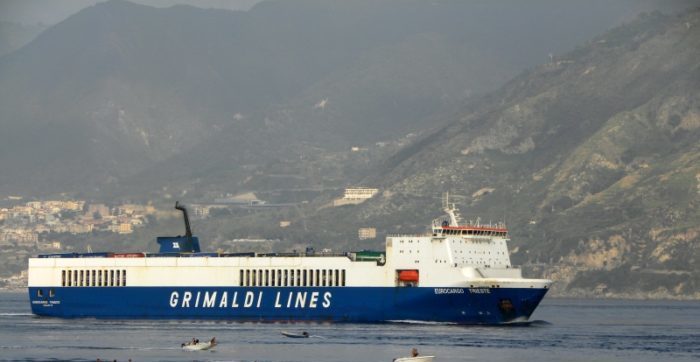 After the Ro-Ro cargo ship ‘Eurocargo Trieste’ caught fire off Tuscany, on November the 21st, an inspection took place by technicians of the Harbour Office, to investigate the incident. The inspection found various anomalies, and the vessels was seized in Livorno on November 23rd.

The fire began about an hour after the ship had left port, and it was about 3 nautical miles off the coast.

When the fire was noticed, the ship was brought closer to the shore, with several firefighting vessels helping it tackle the fire.

After the fire, technicians of the Harbour Office inspected the ship, in order to investigate the probable causes of the fire that occurred in the engine room.

The inspection found several irregularities that were breaching navigation safety standards. More specifically, anomalies were found in the fire fighting system, as well as in the ship’s safety equipment.

These problems must be rectified before the ship can start operations again. Inspectors of the shipping company along with representatives of the flag State Malta also checked the ship.

As a result of the inspection, ‘Eurocargo Trieste’ was  seized in Livorno on November 23rd.