Significant progress made on the 5% goal 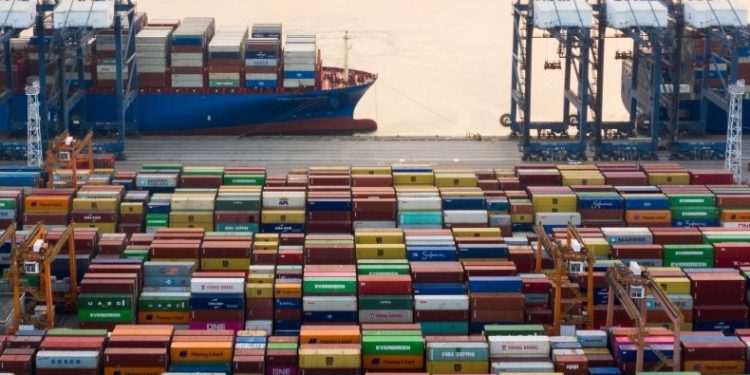 A new report by the Global Maritime Forum (GMF) points to significant progress on the 5% goal by industry, national governments, and positive developments at the IMO.

The ”Climate Action in Shipping – Progress towards Shipping’s 2030 Breakthrough” report was launched on 21 September during New York Climate Week, prior to the Global Maritime Forum Annual Summit, and in parallel with the Clean Energy Ministerial Global Clean Energy Forum.

It marks a significant milestone on the road to COP27 and provides an overview of progress to date, highlighting where coordinated effort and collaboration is needed.

The report finds there has been “significant progress from industry, national governments and positive developments at the IMO”, but converting those commitments into concrete developments is vital for further progress.

To achieve the 2030 Breakthrough goal we need near-term project level action describing  tangible, collective action required. This report acts as an honest stocktake of progress which needs to continue to be monitored and tracked. In the run-up to COP27, this is an important milestone to signal a true shift to delivery to convert these commitments and pledges to actions and solutions

This report assesses progress to a goal of having scalable zero emission fuels (SZEF) make up 5% of international shipping fuels by 2030. The findings show significant progress, especially in terms of commitments by industry, national governments, and positive developments at the IMO.

The 5% goal can be viewed as a breakthrough needed to rapidly scale uptake of SZEF and achieve zero emission shipping by at least 2050. Currently, actions towards this 5% goal can be considered as being partially on track.

This is because, even though progress has been significant, more is needed to bring us to 5% and beyond, not just in terms of commitments, but also in terms of converting those commitments into concrete developments

#2 Technology and supply for SZEF

In terms of technology and supply for SZEF progress is partially on track. According to the report, currently there are at least 203 shipping decarbonization pilot and demonstration projects in the pipeline. Internationally, progress has been observed regarding bunkering and safety guideline developments.

However, moving from pilots to SZEF production commitments, investments, and infrastructure development is now a key requirement. Current estimates in line with IMO Initial Strategy ambitions put the total additional capital needed for shipping’s decarbonization at US$ 1-1.4 trillion, with over 80% of this figure upstream.

In terms of finance for SZEF current developments are partially on track. There are growing commitments in ship finance such as the ‘Poseidon Principles,’ with 28 current signatories accounting for over 50% of shipping debt finance.

Other commitments such as the ‘Clydebank Declaration’ raise the potential for future private funding, especially in terms of green corridors. However, limited progress has been observed in terms of SZEF infrastructure funding commitments and creation of financial mechanisms desirable for SZEF adoption such as contracts for difference (CFD).

In terms of policy to facilitate SZEF uptake developments are also partially on track. Several industry announcements regarding SZEF safety rules have been made.

There have been growing calls for shipping to align with a 1.5°C trajectory, such as the ‘Climate Vulnerable Forum Dhaka-Glasgow Declaration’ signed by 55 nations and signatories to the ‘Declaration on Zero Emission Shipping by 2050’ have almost doubled since its launch at COP26.

From an IMO perspective, progress has been made regarding shorter term measures, as well as a consensus on pricing GHG emissions. However, agreement regarding the type and scale of market-based mechanisms (MBMs) in shipping will require additional progress at the IMO.

In terms of demand for SZEF progress is partially on track. In several areas such as freight purchaser commitment to zero emission freight significant progress has been made which are now starting to be converted into actions.

Other commitments through coZEV and the Sea Cargo Charter has supported increased industry commitment in bringing zero carbon freight to the market.

In terms of civil society progress is partially on track. In 2021 the International Transport Workers Federation (ITF) set out principles for a just transition to sustainable shipping, and subsequently a Just Transition Maritime Taskforce was launched at COP26.

Initiatives such as ‘Ports for People’ and ‘Ship it Zero’ facilitated by ‘Pacific Environment’ have increased visibility of the need for shipping to reduce its climate footprint. However, this action is limited to Global North and would need to grow geographically representing action in the Global South.

Overall, there has been significant progress in commitments which are starting to be converted into action through creation of standards, improvements in transparency and cross value chain collaborations coming together to test and pilot demonstrations.