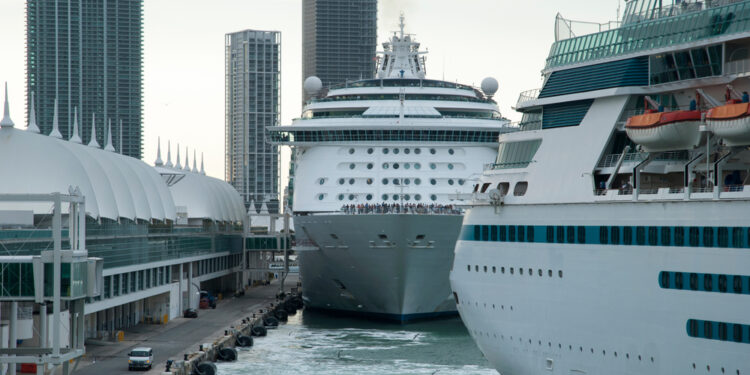 The US PortMiami will receive a $2 million allocation, under the US Environmental Protection Agency’s Diesel Emissions Reduction Act (DERA), for its Shore Power Pilot Program that will take place in partnership with Carnival Cruise Line at the new Cruise Terminal F.

As part of the shore power pilot announced in March 2021, Carnival Cruise Line will commit to utilizing shore power for up to four vessels at the new Cruise Terminal F, starting in 2023 and pending completion of the necessary infrastructure work.

Shore power allows berthed ships to turn off their primary engines while docked, resulting in reduced air emissions. As previously explained, the installation of shore power at the dock will require specially designed power transformers, as well as a system of cables, circuit breakers, and control circuits.

This DERA grant will help us fund shore power infrastructure making PortMiami the first seaport in Florida and the southeastern United States to provide this connection. We are committed not just to bringing back cruising in the months ahead – but to building back a more resilient cruise industry and continuing to make the Port a leader in sustainability,

In combination with our Terminal F project and the Carnival Celebration LNG ship we are bringing to Miami in 2022, the DERA grant provides additional momentum to the shared goal of enhanced environmental operations,

The move is in line with Miami-Dade County’s mission is to operate one of Florida’s most active seaports in a way that supports economic development and sustainability.

Recent infrastructure and capital projects include the Port of Miami Tunnel, which eliminates an estimated 22,000 vehicles from downtown Miami streets, and the infrastructure to accommodate six electric rubber-tired gantries (eRTGs), each featuring 100% electric power system, within the cargo yards; and the electrification of the cargo gantry cranes.