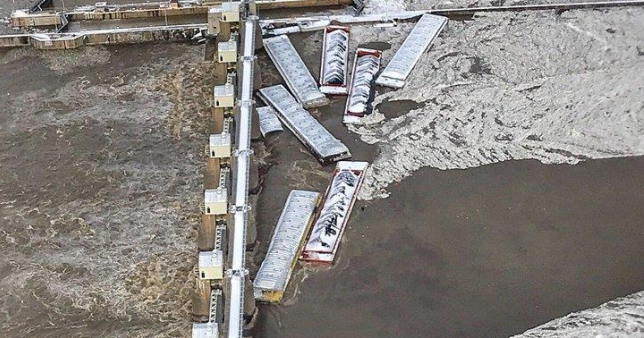 The National Transportation Safety Board (NTSB) issued an investigation report on a barge breakaway incident in the Ohio River which caused an estimated $12.5 million damage and an unknown release of coal and cement into the water.

On 13 January 2018, at 0630 local time, 27 dry cargo barges broke free from the Jacks Run barge fleeting area at mile 4 on the right descending bank of the Ohio River near Pittsburgh, Pennsylvania.

The barges drifted uncontrolled downriver and, beginning at 0712, struck the dams at the US Army Corps of Engineers Emsworth Locks and Dams complex, located at mile 6.2.

Two Corps of Engineers workboats moored at the foot of the dam were also struck and driven into one of the dam’s concrete piers, causing significant damage to both vessels. 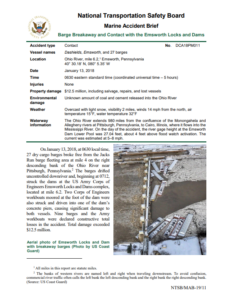