Global economic consultants of Centre for Economics and Business Research in the UK launched a study, according to which the global economic impact of the Belt and Road Initiative is most likely to boost world GDP by $7.1 trillion per annum by 2040.

The key findings of the report are 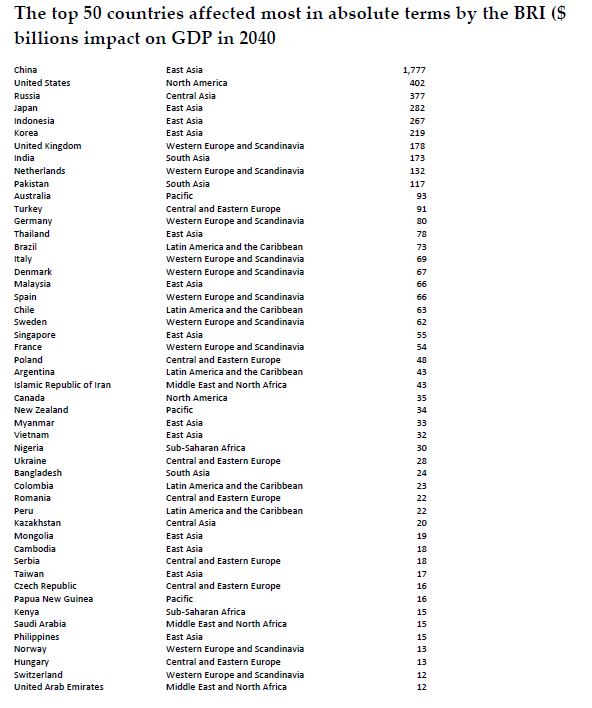 The report concluded to the fact that as the BRI develops, it is likely to attract in further countries. Indeed it is highly likely that Western Europe, which has largely stayed aloof so far, will join in as the project develops momentum. It is even possible, though clearly unlikely under the current administration, that the US will also get involved in the BRI.