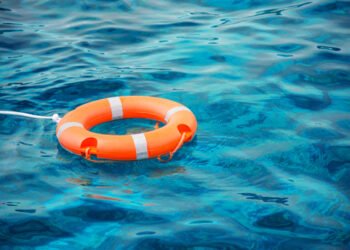 Bulker collides with barge off Indonesia

The bulk carrier Honwin collided with the barge Bina Marine 59, on June 11 in Singapore Strait. 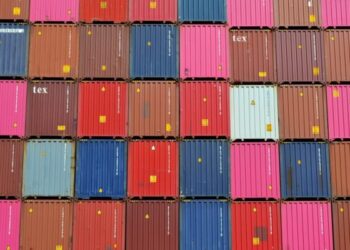 Eighteen containers were swept overboard from a barge en route from Trang province to Penang island in Malaysia on May 29, with some washing up on a beach in Satun. 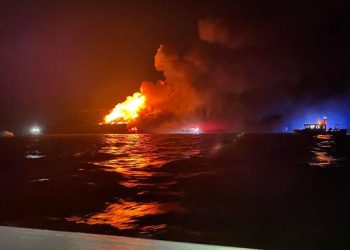 Fire agencies fight a barge fire on the Delaware Bay that has kept them busy since they first responded with the US Coast Guard in the early hours of May 23. 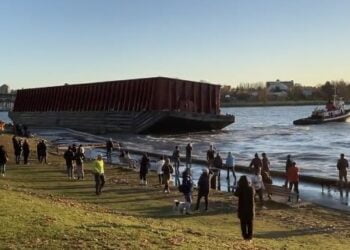 A giant barge has smacked into Vancouver's seawall, just short of the Burrard Bridge after becoming unmoored in Monday's rain and wind storm. 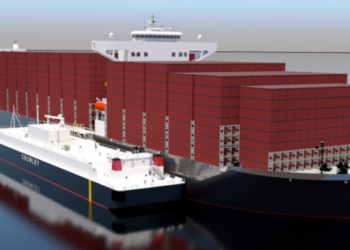 Crowley, Shell to build and charter largest LNG bunker barge in US

Crowley Maritime Corporation has signed a long-term time charter with Shell providing for the building and operation of a new, U.S.-built, LNG bunker barge. 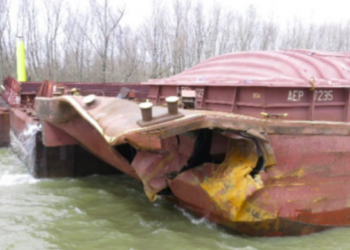 The American P&I Club shared best practices aiming to reduce the number of breakaways and other incidents from barge fleeting areas within the river systems of the US. 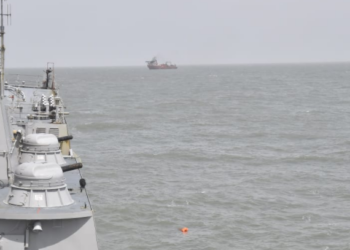 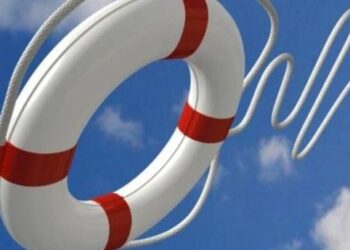 A major search and rescue operation is taking place in the Arabian Sea, after Barge P305, that was struck by cyclone Tauktae, has now been officially declared sunk.

Port of Amsterdam designates berth areas for barges with trackers

Port of Amsterdam is working to improve its facilities and services. From 1 September 2020, barges with trackers are able to take berth in specially designated berth areas. 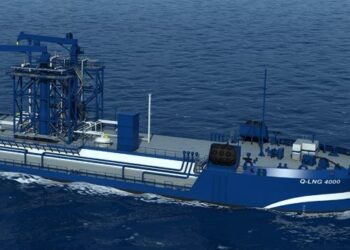 USCG recently gave its regulatory approval and design basis acceptance to the Quality Liquefied Natural Gas Transport (Q-LNG), for its two variants construction. Gaining this approval, the marine transportation company will have the ability to move forward with its construction plans.