In its weekly report for 10-16 September, ReCAAP ISC informed of one piracy incident against the Isle of Man-flagged LNG tanker 'British Contributor' on 8 September, while the ship was anchored at approximately 15 nm east of Johor, Malaysia in the South China Sea.

While at anchor approximately 15 nm east of Johor, Malaysia in the afternoon hours of 8 September, three perpetrators boarded the ship through the anchor cable hawse pipe.

They stole a life raft and four hose couplings from the forecastle area, and gain access to the forward store and stole a rescue harness, two small coils of fire hose and some additional fire hose fittings.

The perpetrators disembarked the ship through the hawse pipe at about 1740 hrs. 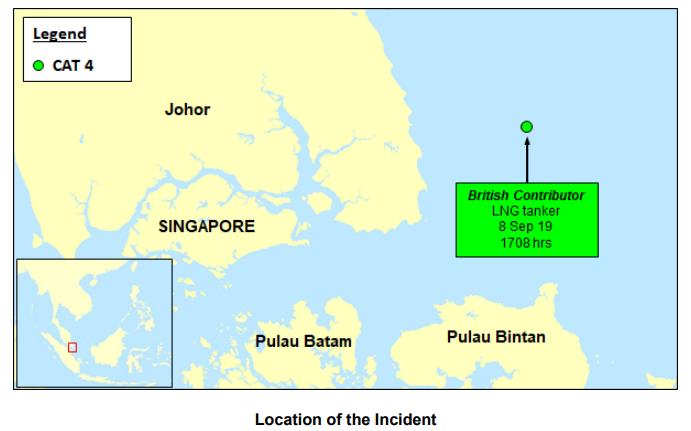 The incident was classified as a CAT 4 incident, which is the ‘least significant’ in nature. Under this category, the perpetrators were not armed and the crew not harmed.

The improvement of the situation during January-August 2019 can be attributed to the decrease in the number of incidents in Bangladesh, Indonesia and Malaysia.