Entering the 13th year of its establishment, ReCAAP ISC has been a key contributor in global efforts to restrain the ever-evolving maritime piracy landscape in Asia. As the first government-to-government regional agreement against piracy, one of its notable achievements is sharing figures to raise awareness. But to what extent is this feedback properly accepted by the industry? Is it possible sometimes that we only look at numbers and ignore the actual meaning?

The mission of ReCAAP is to enhance regional cooperation against piracy, through three pillars of activities:

ReCAAP ISC cooperates on 24/7 basis with Focal Points of 20 member states, which are key components to the anti-piracy work, as they are closely managing piracy in territorial waters and form a pillar of the effective information exchange.

An innovative aspect of ReCAAP’s work is the classification of incidents per severity. To provide some perspective, ReCAAP ISC evaluates the significance of each incident in terms of two factors:

CAT 1 – the most severe incidents:

Recently-published figures for 2018 revealed a total of 76 incidents against ships in Asia through the year, comprising of 62 actual and 14 attempted incidents.

While 76 sounds remarkable, only two CAT 1 incidents and eight CAT 2 incidents were reported. Figures of CAT 1 and CAT 2 incidents reported in 2018 have been the lowest among the 10-year period. 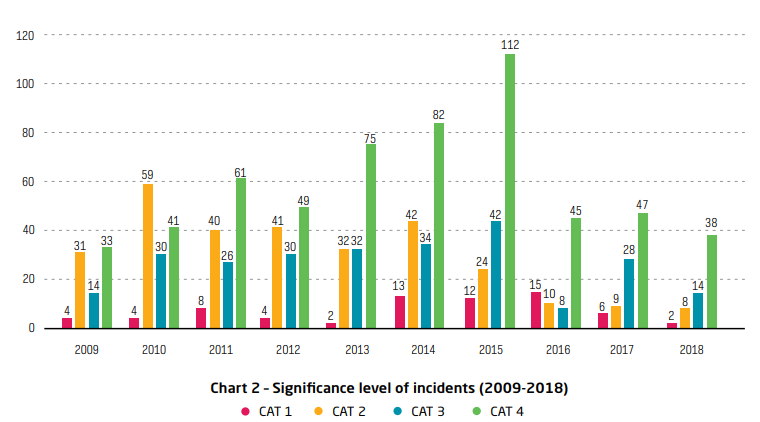 Meanwhile, taking a look into figures for the 10-year reporting period of 2009-2018, CAT 4 incidents are generally at the top of the list, while CAT 1 at the bottom. More specifically, comparing numbers of 2015 (199 incidents) with 2016 (78 incidents), indicates on the one hand a significant drop in security related incidents, but on the other hand, an increase of severe incidents in 2016. On the same context, 2017 returned with an increase of incidents (90) compared to the previous year, but CAT 1 incidents were less than the half than in 2016! 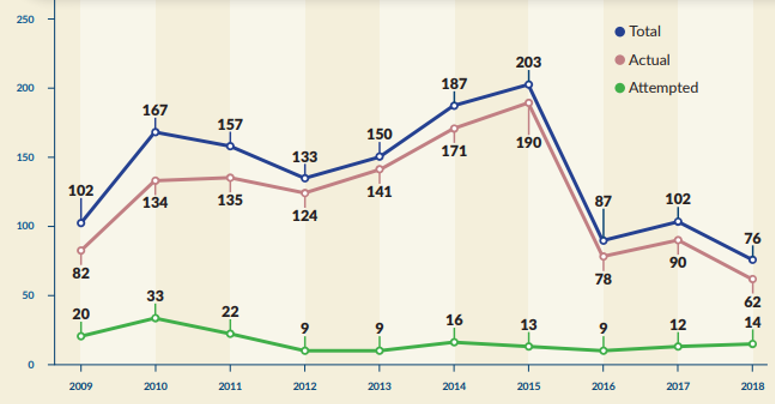 In the meantime, either there is a decrease or an increase in the number of incidents, it always remains somehow unclear whether this is due to underreporting or it forms a true reflection of the current situation. This is why ReCAAP ISC constantly maintains its advice to crews to report all incidents to the nearest coastal Sate and flag State immediately, exercise vigilance and adopt relevant preventive measures taking reference from the Regional Guide to Counter Piracy and Armed Robbery Against Ships in Asia.