Japanese shipping company NYK Line has become the 12th shipowner in the world to publicly disclose its approach to ship recycling, after joining the Ship Recycling Transparency Initiative (SRTI).

Through the SRTI, NYK can provide transparency in ship recycling, which we believe we can bring about improvements and influence needed. We are committed to promoting and contributing to raising standards of safety and sustainability,

We are glad to welcome NYK to the SRTI community and are encouraged to see momentum continue to build behind the importance of transparency and accountability on sustainability challenges such as ship recycling. Shipowners like NYK are holding themselves to account before key stakeholders, making ship recycling data available for interested parties to review, scrutinize, and use to make informed decisions,

Through the platform, the shipowners are asked to disclose, signing up their policy, practice, and performance. The six areas, as presented by Mr. Stephens in the 2019 SAFETY4SEA London Forum, are:

The following infographic provides an overview of the SRTI Theory of Change, divided into four distinct sections: 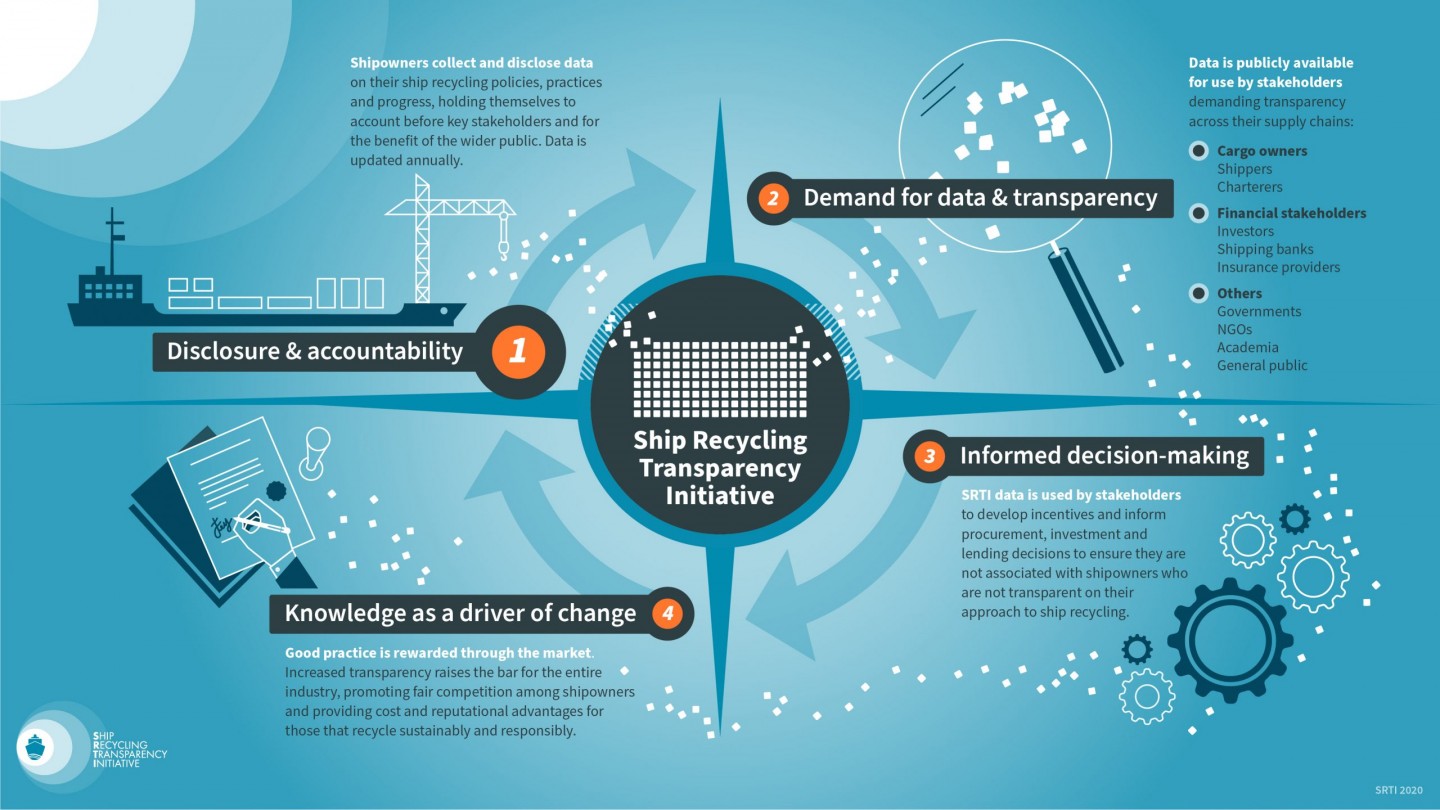 NYK’s disclosure brings the total number of signatories to 28. The company’s disclosure can be viewed via the SRTI platform.