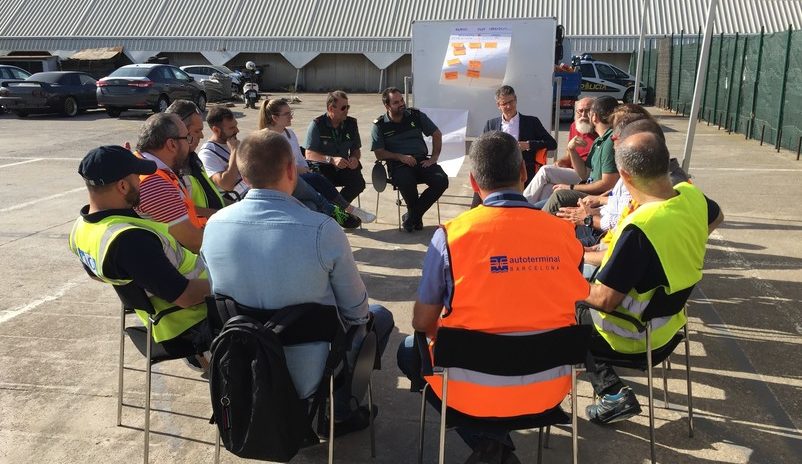 With the support of Port Authority of Barcelona, Barcelona Port Welfare Committee (PWC) has started organizing ‘dock experience’ meetings between seafarers and port representatives on the dock of a terminal.

This is a way to bring together seafarers and port representatives in order to improve the experience of crews calling in the port, according to seafarer welfare charity ISWAN.

The meetings, which usually last around an hour, establish a dialogue between seafarers and the port, giving crews the chance to voice their expectations from the port in terms of operations as well as their personal needs.

To initiate the meeting, the PWC contacts the port terminal to find a suitable date and calls the different agents within the port who need to be involved, including the Port Authority, ship agents, MoU inspectors, stevedores, pilots, port police, the International Transport Workers’ Federation (ITF), associations of ship masters and chief engineers, and Stella Maris.

The terminal then approaches a ship in port to explain the aim of the meeting and encourage them to send a representative.

There are captains who are afraid that something will be said that commits them or the owner, but little by little they are made to understand that it is a conversation that only aims to improve the ship-port relationship,

So far, the PWC has organised three ‘dock experiences’ and claims the terminals involved have shown interest in focusing more attention on the needs of crews.

The programme encourages and supports the establishment of welfare boards worldwide in accordance with the Maritime Labour Convention, 2006.