Finland and Germany submitted a study to the IMO’s Pollution Prevention and Response (PPR) sub-committee, in order to be revised during its session scheduled for February. This document presents results of a measurement campaign for the analysis of the impact of fuel oil quality on Black Carbon emissions. The results indicate that new blends of marine fuels with 0.50% sulphur content can contain a large percentage of aromatic compounds, which have a direct impact on Black Carbon emissions.

Document MEPC 74/10/8 (Finland et al.) suggested draft terms of reference for the PPR Sub-Committee to reduce the impact on the Arctic of Black Carbon (BC) emissions from international shipping, which were supported, in principle, by the majority of delegations at MEPC 74.

At MEPC 74, some delegations expressed the view that the recommended BC measurement methods needed additional work to achieve convergence of results and agreement, and that the impact of the 0.50% global sulphur limit needed to be considered.

Germany has therefore conducted a BC measurement campaign with two of the three identified appropriate BC measurement methods (FSN and PAS) to analyse the impact of different fuel oil qualities on BC emissions.

The measurement campaign was conducted by WTZ Roßlau and was assisted by MAN ES, DNV GL and Marena Ltd. The project was funded by the German Environment Agency.

Emphasis of the measurement campaign was to analyse the BC emissions of future hybrid fuels with 0.50% sulphur content from different sources and different production processes, in comparison to two conventional fuels, HFO and DMA, and a possible future synthetic Gas to Liquid (GtL) fuel, at varying engine ratings on a test bed.

The tested 0.50% sulphur fuels have been ordered as possible sample mixtures from refinery-streams most likely to be used in 2020. A high aromatic content in future low sulphur marine fuels after 2020 is expected. 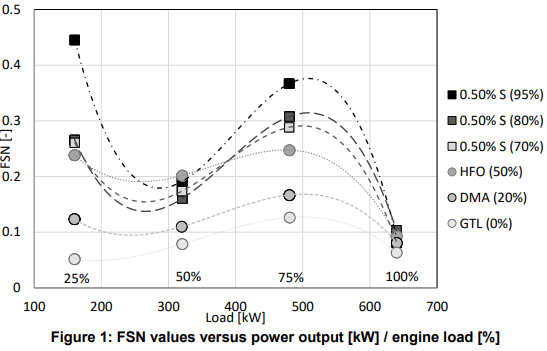 For a better visualization, the BC emissions are presented separately for each fuel as box and whisker plots in the following figure. The box plots are statistical graphs, where the boxes include the upper and lower quartiles (25-75% of the data). 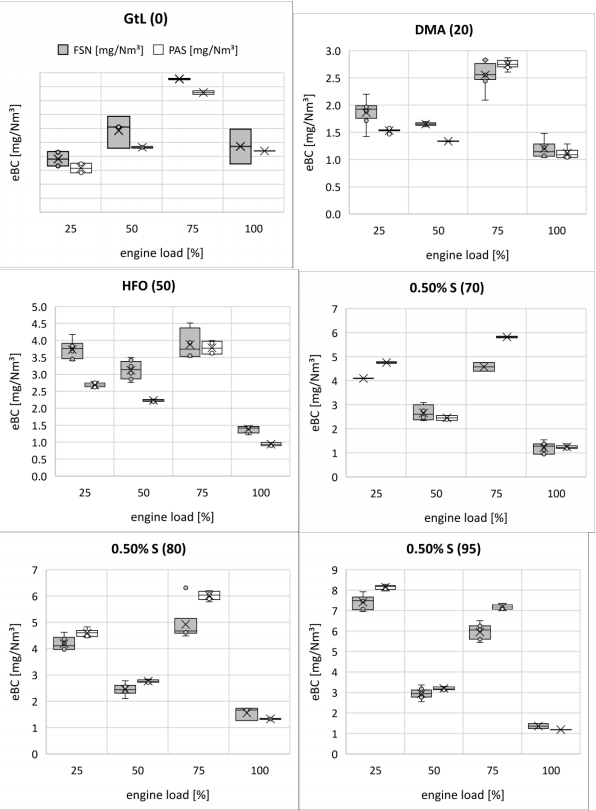 The study concluded to the following results:

You may see more information in the following report 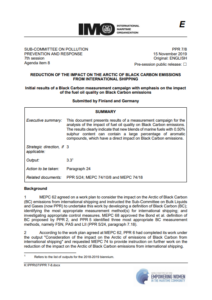