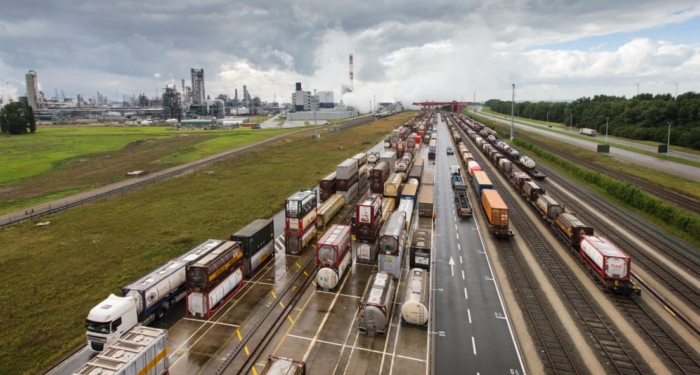 The Moravian-Silesian Region, Statutory City of Ostrava, the Railway Administration Authority (SŽDC), Concens Investments and Antwerp Port Authority will collaborate to develop a new container terminal in the Mošnov industrial zone. On September 18, 2019 they signed a Memorandum of Understanding to kick-start this new project, called the Mosnov Multimodal Transport Terminal.

The new terminal will link the Moravian-Silesian Region with the Port of Antwerp. As a result, a significant amount of cargo is expected to make the modal shift from road to rail.

The investor in the project called ‘Mošnov Multimodal Transport Terminal’ is Consens Investments. In order to prepare and implement the project, it will use a subsidy from the Operational Programme – Transportation from the Czech Ministry of Transportation. The terminal is expected to start operation in the beginning of 2022.

Improving the environment and road traffic safety in the Moravian-Silesian region is our main priority. This is why we support any technical measures and business activities directed towards launching the operation of the terminal and its seamless operation and development

said the Governor of the Moravian-Silesian Region Ivo Vondrák.

He added that a study was launched for the direct branch from the 2nd railway transit corridor to the track connection of the combined transport terminal and Leoš Janáček Airport Ostrava. Thanks to this study, the construction was included in the investment plan of the Railway administration Authority. Currently, work is underway on project preparations.

It is logical that the City of Ostrava has supported the construction of the Mošnov multimodal terminal right from the very beginning. The increased volume and intensity of cargo traffic at the industrial zone also has the potential to make a major contribution to the development of Ostrava’s airport. Because environmental improvements rank among the City’s top priorities, we also welcome the related plans to increase railway infrastructure capacity; this will enable a significant volume of goods transport to be transferred from the road network to the railway

As for the Port of Antwerp, it considers the implementation of the Mošnov Multimodal Transport Terminal as a major opportunity for the development of commercial relationships with the Czech Republic.