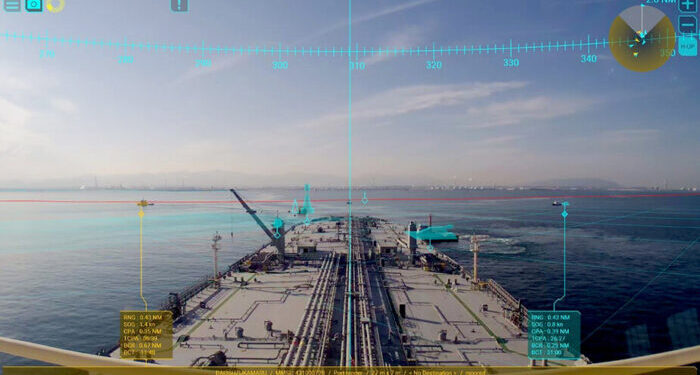 MOL announced an upgrade to the Augmented Reality (AR) navigation system, that enables the system to automatically display borders between deep-sea areas where vessels can navigate safely and shallower areas that may pose risks.

The previous system required manual setting to show shallow areas, but this upgrade allows for automatic full-time display of the Safety Contour in red, yellow, or orange, supporting the navigators’ situation awareness visually. Users can set the arbitrary color that they can easily scent the risk.

The AR navigation system has already been installed on 24 MOL-operated very large crude carriers (VLCCs). MOL now plans to expand the installation of the system to more vessels in the future, and is proceeding with trials on ships in its energy transport fleet including LNG carriers, as well as dry bulkers.

MOL continually positions safety as a top priority, and takes a proactive stance in development and improvement of products, including this AR navigation system, which contributes to the safety of marine traffic, with the aim of earning customers’ continued trust and becoming their first choice for shipping and logistics services

The AR Navigation System provides visual support to crewmembers during their watch-keeping and ship operations by using Augmented Reality (AR) technology to superimpose images taken from the bridge and voyage information.