Maritime industry professionals remain confident about the year ahead despite wider uncertainty, a new Business Confidence survey by the British Ports Association reveals. However, ports themselves are more likely to be worried about the economy over the next 12 months.

The BPA undertook a short survey to gain an insight into ports' executives outlook and analyse and reflect on the levels of business confidence currently held by those in the ports and maritime industry.

Overall, the results show that Port Professionals and Maritime Industry Professionals are showing strong performance, typically seeing a rise in revenue, investing in new services and hiring new people, but there are some concerns about the future, particularly around wider economic performance.

-Confidence: Less than a third (29%) of ports feel confident about the economy in the next year, but 51% of the wider maritime industry feels confident. 83% of ports were planning investments into new business services, property or infrastructure in the next three months.

-Brexit: The survey reveals that half of ports do not feel that Brexit will affect them (either negatively or positively) in the next year, whilst a third feel it will impact them negatively. This can be attributed to the structure of the industry (i.e. some ports will handle more non-EU trade, for example)

-Employment: On the back of new figures last week showing that the ports industry directly employs 115,000 people, one third of ports that responded reported that they would be hiring additional staff in the next 12 months.

-Revenue: 45% of ports that responded said that their revenue had gone up in the last 12 months, 26% said it was stable and 29% said it had dropped. 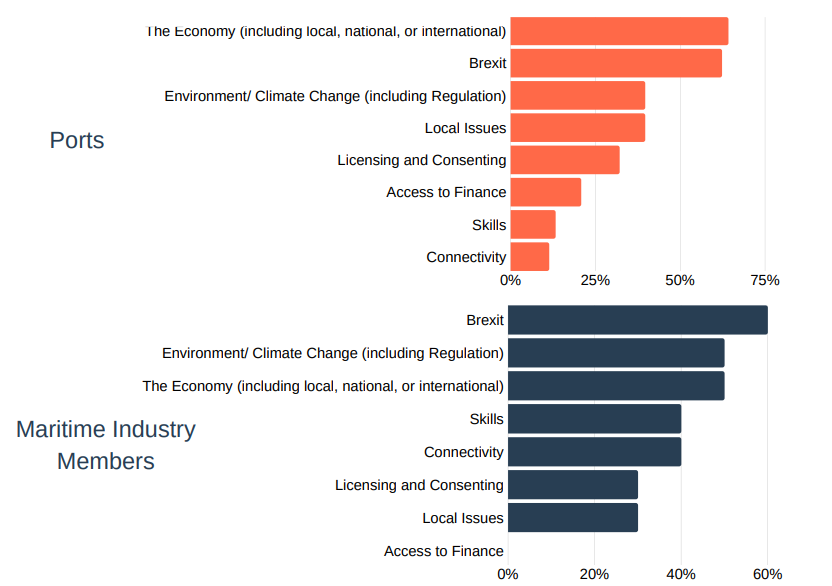 Top concerns for ports and maritime industry in general

A key takeaway for the BPA is that 83% of respondents are planning investment in new services or infrastructure and a third of ports surveyed are planning to hire new, additional, staff in the next year.

This is good news for the economy as jobs in the ports industry are 55% more productive than average.

Commenting on the results, Phoebe Warneford-Thomson, Political and Economic Analyst at the British Ports Association, said:

The results of the BPA Business Confidence Survey reveal that ports are strong, resilient and performing well under the current economic climate.News that 83% of ports are planning investments into new business services, property or infrastructure in the next three months is highly welcome. Meanwhile, figures that show one-third of ports are hiring additional staff in the next 12 months – on top of the 115,000 port industry staff revealed by Maritime UK Ports Industry Report last week – also illuminates the prosperity of the industry,

The BPA will be repeating the survey twice a year. 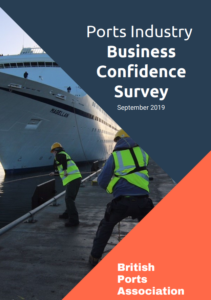