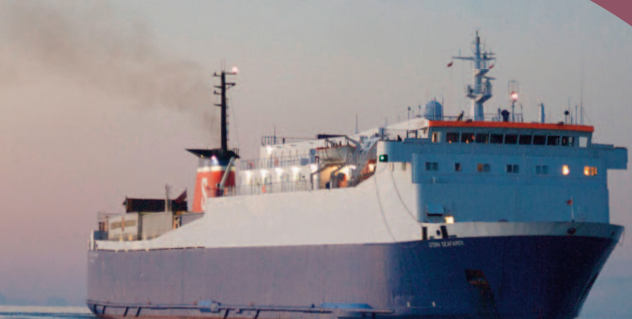 In its latest casebook of marine casualties, Swedish Club describes an incident where a RoRo vessel run aground in unsurveyed waters.

A 50,000 GT RoRo vessel had been loading in a European port. The navigation officer had prepared the passage plan for the voyage to the next port of call which was in central America. Prior to departure the Master received weather routeing for the passage, which suggested a route over the Silver Bank and via the Windward Passage.

The navigation officer planned the route in the ECDIS and on paper charts and discovered that the minimum depth the vessel would encounter was at the Silver Bank where the water depth was 16 metres according to British Admiralty chart 3908.

Mariners rescued from sinking ship in Gulf of Aden

After checking the entire route on the ECDIS and on the paper charts, the Master decided to follow the route suggested by the weather routeing company.

The passage was uneventful over theAtlantic from Europe and the vessel maintained a speed of 13.5 knots. Shortly after entering the Silver Bank the vessel’s bow suddenly swung to starboard, which caused a list for about 3 to 5 seconds, with excessive vibration.

The OOW changed to hand steering. A couple of minutes later the vessel’s bow swung to starboard, but this
time with less vibration.

The vessel’s bow swung a third time to starboard and listed for about 3 seconds, with vibrations. After carrying out a damage assessment it was found that the forepeak tank and a water ballast tank had water ingress. All the fuel tanks were intact.

The vessel arrived at the destination port, discharged the cargo and carried out an in-water survey. It was found that the tanks had beenpunctured as the vessel had touched bottom. The vessel had to be repaired in dry-dock.