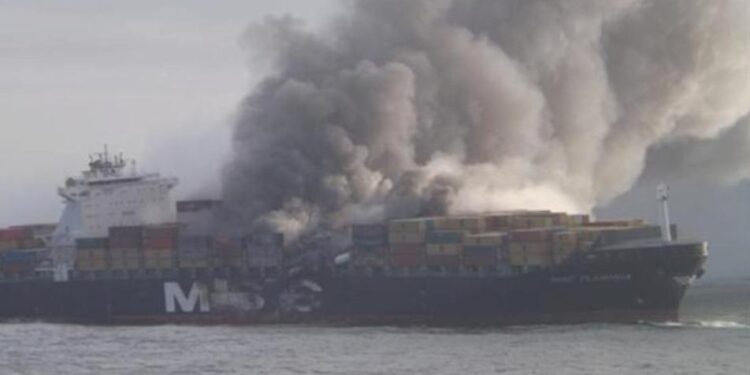 The European Commission presented the new EU operational guidelines for ships in need of assistance. Work on these guidelines started following the MSC Flaminia incident when a fire broke out on board a German-flagged vessel, which was subsequently left adrift on the high seas for weeks until Germany agreed to allow the stricken ship to enter its territorial waters.

The guidelines have been developed by an expert group composed of Member States’ competent authorities, with the input and support of industry stakeholders, following an initiative of the Commission in the aftermath of the MSC Flaminia accident.

Commissioner Bulc congratulated the stakeholders for taking part in this joint positive effort, in the interest of maritime safety and environmental protection:

“It is a good example of proactive implementation of EU legislation, building on best practices and sharing experience, which is fully in line with President Juncker’s strategic approach to Better Regulation.”

The EU operational guidelines were drafted to ensure better coordination and exchange of information amongst competent authorities and industry stakeholders involved in the response to an incident concerning a ship in need of assistance, such as the MSC Flaminia in July 2012.

The adopted operational guidelines aim at providing practical guidance for the different parties involved in the process of dealing with a ship in need of assistance so as to support a more uniform application of the provisions of the VTMIS Directive. They also aim at enhancing cooperation amongst all parties involved.

Also click here to learn more about Places of Refuge.

About the MSC Flaminia accident

MSC Flaminia caught fire on 14 July 2012, claiming three lives (two confirmed dead and one missing) and forcing the crew to abandon ship in the middle of the Atlantic Ocean.

While the German-flagged container vessel was in international waters in the Atlantic Ocean, there was an explosion and a fire on board. The MSC Flaminia was severely damaged.  Given the volatile situation the process of deciding where to accommodate the vessel resulted in the ship being finally accommodated in a place of refuge in Germany in September 2012.