Key outcome of IMO’s Legal Committee 108: Abandonment of seafarers in the spotlight 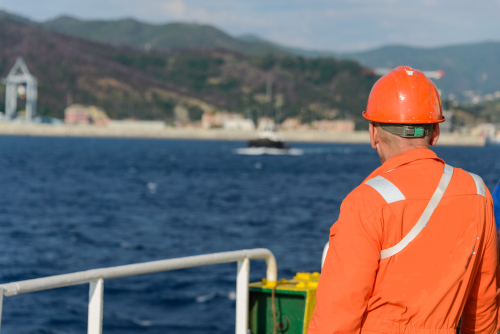 The 108th session of IMO’s Legal Committee (LEG 108) took place on 26-30 July 2021, touching upon a wide range of shipping regulatory cases. The meeting put the issue of abandonment of seafarers high on the agenda, discussing, among others, a proposal to establish a fund to support seafarers impacted by abandonment.

Concern over increase in abandonment of seafarers

The Committee noted the alarming increase in the numbers of reports of abandoned seafarers, reported to the IMO/ILO joint database on abandonment of seafarers.

An analysis by ITF showed that in the period 1 January to 31 December 2020, ITF reported the abandonment of 851 seafarers on 53 vessels. The total 85 cases of abandonment reported in 2020 involved more than 1,300 seafarers.

Noting two specific cases, the Committee was informed that, as a result of combined efforts, the crew of the Ula, who were trapped for almost two years onboard their ship under very difficult circumstances, were finally repatriated in June 2021 without their wages being paid. However, the Kuwaiti authorities had given an undertaking for their claims for outstanding wages on the ship, which was under arrest now.

The Committee was also informed that the master of the Kenan Mete had been repatriated in late June 2021 but that the outstanding wages for himself and other crew members had so far not been paid. Both these cases could be considered as being disputed.

As such, the Committee:

The Committee established a correspondence group to further develop draft practical guidelines, based on submissions made to the Committee, including a proposed outline to cover legal framework, principles and responsibilities and procedures for port and flag State authorities.

The Committee noted the endorsement by the IMO Council for the establishment of the ILO-IMO tripartite Working Group to identify and address seafarers’ issues and the human element. The ILO advised that the recommendation to establish the group would need to be adopted by the the members of the Special Tripartite Committee (STC) of MLC, 2006 by correspondence, and preferably be submitted to the 343rd Session of the ILO Governing Body, which will take place from October to November 2021, for consideration and decision, (or alternatively to the 344th Session in March 2022).

Following establishment by ILO, the working group would be expected to meet during 2022.

The Committee discussed a proposal to establish a fund to support seafarers impacted by abandonment and invited interested Member States to submit proposals for a new output regarding the establishment of a Seafarers Emergency Mutual Fund to LEG 109 for consideration.

The Committee established a remote intersessional group, to work intersessionally by correspondence, with the option of meeting virtually if the members of the Group wish to do so, to:

Following a recommendation from the Legal Committee at its last session, the IMO GISIS module on ship particulars now includes an option to check ship status by: False Flag; Ship under UN sanction;  Owning/operating entity under UN Sanction.

The Committee approved the text of three draft resolutions on the Unified Interpretation on the test for breaking the owner’s right to limit liability under IMO conventions:

The Committee completed its work on the regulatory scoping exercise (RSE) of conventions emanating from the Legal Committee for the use of Maritime Autonomous Surface Ships (MASS). The aim was to assess the degree to which the existing regulatory framework may be affected in order to address MASS operations, following a similar process for conventions under the purview of the Maritime Safety Committee (MSC).

For each instrument, and for each degree of autonomy, provisions were identified which:

The process then analyzed and considered the most appropriate way of addressing MASS operations, taking into account the human element, by:

The work was completed by volunteer Member States, along with interested NGOs and IGOS and the RSE was finalized by a working group which met during the session.

In general, the RSE concluded that MASS could be accommodated within the existing regulatory framework of LEG conventions without the need for major adjustments or a new instrument. While some conventions can accommodate MASS as drafted, others may require additional interpretations or amendments to address potential gaps and themes that were revealed through the RSE.

The most important of these were:

Both the Maritime Safety and Legal Committees concluded that the role and responsibilities of the master and the remote operator are high‑priority issues that must be addressed as a foundation for any further work. Some specific legal terms required consideration in the context of harm caused by autonomous technology, like the concepts of “fault”, “negligence” and “intention”. The LEG RSE concluded that consideration of these issues would best be addressed jointly between the committees, so that both technical and legal aspects and questions of liability are taken into account, while keeping in mind the different purposes and functions of conventions under the purview of LEG and those under MSC.

The working group also noted that, while UNCLOS was not considered as part of the LEG RSE, as it is not an IMO Convention, MASS would need to operate within the legal framework of UNCLOS and, thus, UNCLOS will need to be considered in IMO’s future work on MASS, particularly if IMO developed an instrument regulating MASS operations.