by The Editorial Team
in Offshore, Technology 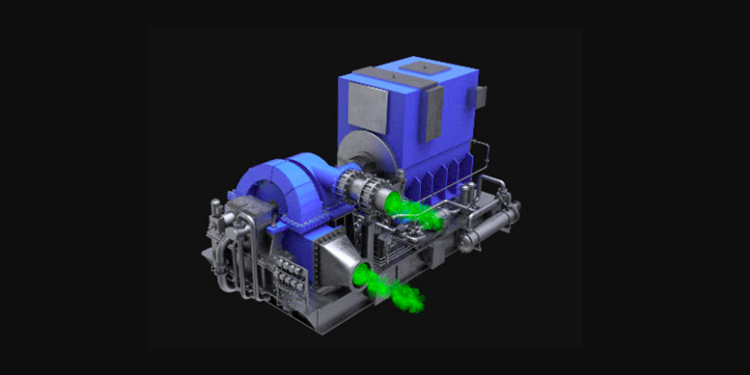 The role of an FSRU is to regasify -160°C LNG through heat exchange. In the past, LNG’s cold energy had not been utilized in FSRUs and was released. By installing the “Cryo-Powered Regas” System, such cold energy will be transferred to another heating medium, and the generated steam will be sent to a turbine to generate electricity, which results in reducing FSRU’s fuel consumption and CO2 emissions.

A small-scale version of the “Cryo-Powered Regas” system was built in DSME’s R&D premises. The turbine generator used in this system was designed and constructed by Mitsubishi Heavy Industries specifically for the CPR System. Through this test, MOL and DSME verified that the system could successfully generate electricity up to its rated capacity.

The result of this demonstration test confirms that through the utilization of the “Cryo-Powered Regas” System, fuel consumption and CO2 emissions of new generation FSRUs can be reduced by 50% at maximum rated regas flow rate compared to conventional existing FSRUs,

Introducing fuel-efficient FSRUs with lower CO2 emission rates to the market is one of the initiatives “Enhancement of Energy-Saving Technologies” that MOL is pursuing towards the achievement of MOL Group Environmental Vision 2.1.