Above image is used for illustration purposes only / Credit: Shutterstock/ Nightman1965

During the half-century since ITOPF’s records began, the frequency of large oil spills (> 700 tonnes) has plummeted such that their occurrence is now a rarity. The average number of spills greater than 7 tonnes per year in the 1970s was about 79 but this has decreased by over 90% to just 6 in the last decade. 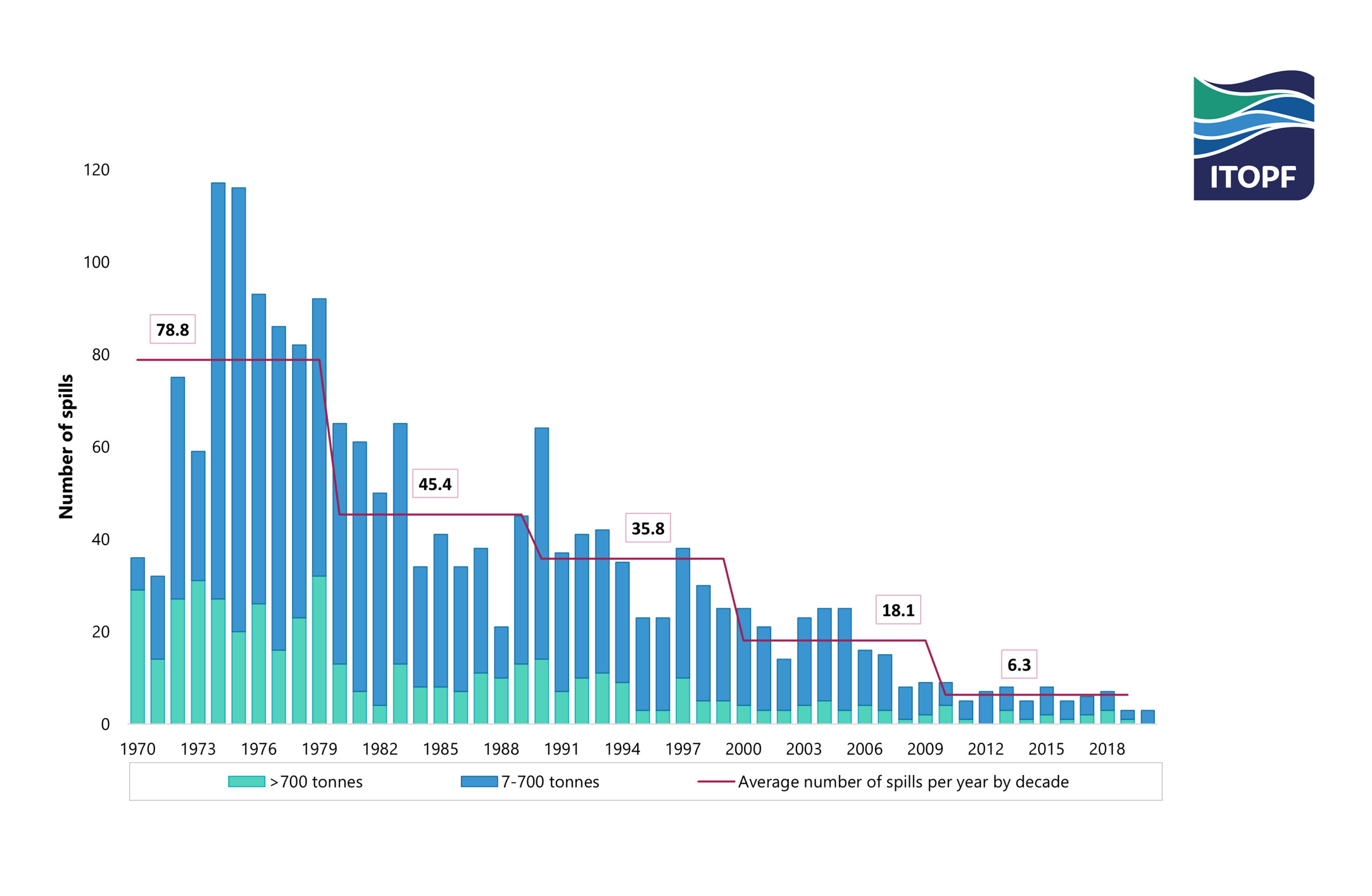 Quantity of oil spilled in 2020

When comparing how the oil was spilt in each decade, it is interesting to note that as the number of oil spills have decreased, the relative proportion of spills arising from allisions and collisions has increased, accounting for around 44% of all oil spills from tankers greater than 7 tonnes.

Although accidents regrettably remain a possibility, the shipping industry, supported by governments, continues to strive towards a goal of zero spills, learning lessons from incidents such as these to reach the highest level of safety and environmental stewardship, 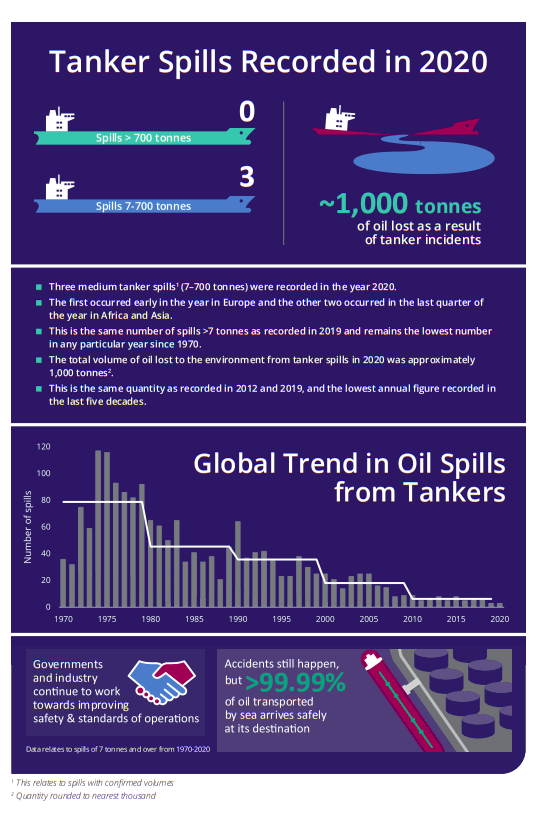 For this analysis, the primary causes of oil spills greater than 7 tonnes have been grouped into Allisions/ Collisions, Groundings, Hull Failures, Equipment Failures, Fires and Explosions, Others and Unknown. Events such as heavy weather damage and human error have been categorized as “Other” and spills where the relevant information is not available have been designated as Unknown and are reported but excluded from the analysis.

Most oil spills (>7 tonnes) recorded between 1970 and 2020 were caused by Allisions/Collisions and Groundings. It is evident that whilst the overall number of spills has reduced, the proportion of those that arise from Allisions/Collisions has increased and those due to groundings have decreased. 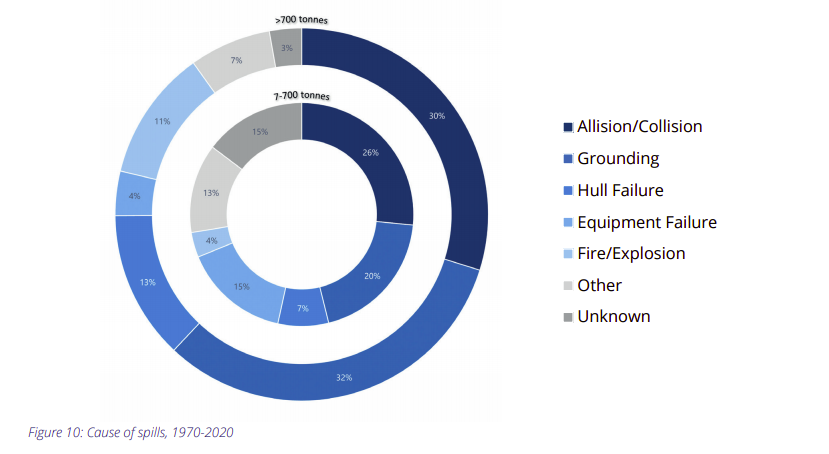 It can also be seen that less than 10% of spills (>7 tonnes) are caused by fires and explosions. Interestingly, the quantity of oil lost as a result of Fire/ Explosion is comparable to the quantity spilled from groundings and collisions, each responsible for about 26% of the total quantity of oil spilled since 1970.

With regard to the volume of oil spilled during the last decade, low annual quantities compared to prior decades were recorded for most years. However, a single large spill in 2018 resulted in the largest annual quantity of oil spilt in 24 years being recorded.

The most frequent cause of medium and large spills since 2010 is Allisions/Collisions: 44% of these spills resulted from allisions or collisions, which is higher than the proportions recorded for previous decades. Groundings, on the other hand, have decreased significantly over the period.