IAPH, The Seafarers’ Charity appeal to assist Ukrainian port workers and their families 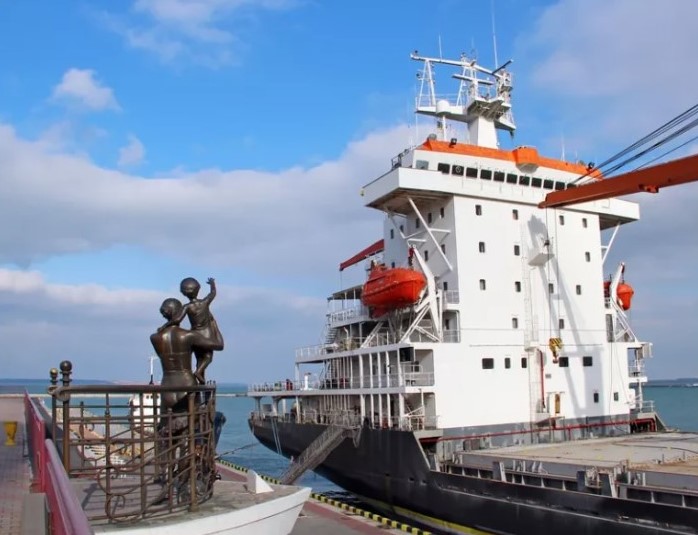 The International Association of Ports and Harbors (IAPH), a non-governmental organization headquartered in Tokyo, is working with The Seafarers’ Charity to support port workers and their families impacted by the war in Ukraine.

According to IAPH, Ukrainian seaports are in the frontline of the war, as the siege of Mariupol and heavy fighting around Berdyansk and Kherson has demonstrated. The environment is chaotic, dangerous, and fast moving, with other ports in the Black Sea, such as Odesa, under threat. Ongoing conflict, violence and uncertainty are causing people to flee their homes and become separated from their families. In some areas, water, electricity and phone connectivity have been affected with many people now unable to contact their loved ones.

IAPH says that for now, the greatest need is basic human welfare – shelter, food, water, transport, access to medical services, along with practical financial help. The need will change shape and undoubtedly grow as conflict continues and lives, communities, port cities and futures need to be rebuilt.

We will work alongside all present and potential future partners to understand what is needed, where the gaps are, and how we can best respond. This devastation will be felt for months and thus we aim to be as responsive as possible to the needs of port workers and their families impacted by the crisis in Ukraine

As informed, funds raised will be distributed to appropriate delivery partners operating in Ukraine to support port workers and their families, including the Maritime Transport Workers Trade Union of Ukraine (MTWTU) and its welfare fund Mortrans. The fund has passed formal vetting and due diligence procedures by The Seafarers’ Charity and is an appointed receiver of humanitarian relief. Other duly vetted organisations representing port workers’ interests may be added in future.

In addition, donations will be administered and overseen at no cost by The Seafarers’ Charity (formerly Seafarers UK), a grant funder which has embedded and well-established governance mechanisms and processes for monitoring and evaluation to ensure efficiency and transparency. All donors will receive a copy of the impact report produced at the end of the year to show where the funds have been spent.

To remind, last month the Seafarers International Relief Fund (SIRF) also launched a new appeal to the maritime industry, in order to support the seafarers and their families that are affected by the ongoing crisis, after the Russian invasion of Ukraine.

According to IAPH, the appeal on hand is, however, different because it focuses exclusively on Ukrainian port workers and their families.

In the same direction, last week, the Cyprus Shipping Deputy Ministry (SDM) announced its collaboration with the financial institutions in Cyprus to facilitate the opening of bank accounts for seafarers affected by the war in Ukraine.