Greece To Allow Armed Guards On Cargo Ships Against Piracy 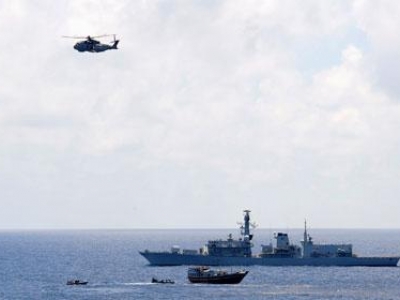 Greece will let its large commercial fleet employ armed guards to ward against a surge in pirate attacks, the ministry in charge of security said on Friday, satisfying a long-standing shipowner demand.

“To improve safe sailing and crew safety aboard Greek ships crossing seas with increased piracy cases, an initiative has been taken to draft legislation for the embarkation of armed individuals on commercial ships,” the ministry said.

The legislation will enable the hiring of a minimum of six guards per ship on six-month contracts that can be renewed, a ministry source said.

The new arrangement will mainly apply to Greek-flagged ships but could be extended to vessels sailing through Greek waters, the source told AFP.

This modification will enable Greek-owned ships flying flags of convenience – around 500 vessels according to the union of Greek captains – to also be eligible.

Greek authorities had initially resisted shipowner calls to beef up security, a move opposed by crews fearing the presence of armed guards will ultimately only result in pirates switching to heavier weaponry to secure their prize.

“This measure threatens to set off an arms race with the pirates,” said George Tsouris, the head secretary of the Greek captains’ union, who has himself fallen victim to pirates on his voyages.

“It could also disrupt the chain of command on board,” he told AFP.
But the failure of international efforts to address the problem has led to a change of policy with Greece now following the example of Britain, the first European Union state to arm its merchant vessels.
Many Greek-owned vessels have been seized by pirates in recent years, resulting in long period of captivity for crews and heavy insurance and ransom costs for shipowners.

The International Maritime Organisation has recorded 352 piracy attacks between January and September this year.