by The Editorial Team
in Smart
FacebookTwitterEmailLinkedin

Google is set to track the world’s warships and make the data available to billions of internet users, raising concerns over the security of the American naval fleet.

The search engine plans to offer the coordinates and identity of virtually all vessels at sea on Google Maps after spending around $3million on satellite technology.

The company continues to consult with the U.S. Navy over the plans, as well as with the defence departments of countries around the world.

Google has claimed that it is better placed to track the military boats than most governments. 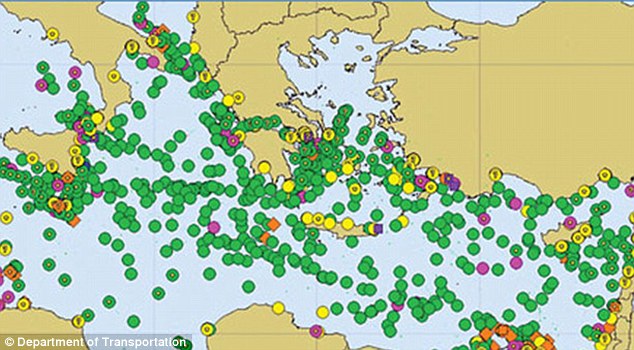 Ship-shape: Google will soon be able to show the location of every vessel at sea and maps of the ocean floor

Michael Jones, who is chief technology advocate at Google Ventures, told Aol: ‘I watch them and they can’t see themselves. It angers me as a citizen that I can do this and the entire DoD can’t.’

Google is not the first to track ships at sea, but claims to have improved on previous technology.

All large vessels are fitted with the Maritime Automatic Identification System (AIS) – a series of transponders that transmit the boat’s position to avoid collisions when it is dark or there is bad weather.

At the moment AIS can detect boats 20 mile away from each other – however, there are ongoing attempts to improve the distance and accuracy. By comparison, from space the Google satellites can detect ships anywhere.

The web power has already used its technology to track trawlers fishing illegally in foreign waters and passed the information on to governments.

Despite fears over a risk to defence ships, the vessels can go incognito by simply turning off their transmitter so military operations were unlikely to threatened. 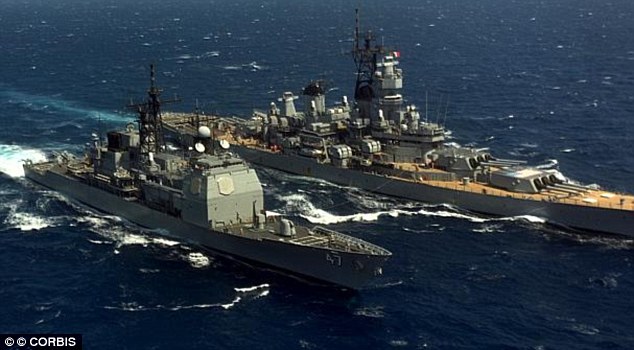 All at sea: Internet users will be able to locate the coordinates and identity of the U.S. Navy’s fleet via a simple Google search

Detractors of Google’s plan to map the waters said the technology could be used by terrorists or pirates to attack ships.

Google’s plan to map the ocean floor over the next five years could reveal the resting place of spy satellites and send hostile foreign enemies on the hunt for ‘sunken treasure’.

Google Maps was launched in 2005, providing aerial or satellite images for most populated areas across the world.

The service has often been controversial. Iran threatened to sue the company yesterday over dropping the name of the Persian Gulf on Google Maps.

The threat came after it left the body of water between Iran and the Arabian Peninsula nameless on its online map service.

Foreign Ministry spokesman Ramin Mehmanparast said that if Google does not restore the name of the Persian Gulf, it will face ‘serious damages’.

Google reacted to the comments, saying that its maps service had never labelled the Persian Gulf.

A separate company insider told Mail Online that it was ‘definitely not’ a political decision not to have Persian Gulf on Google maps, and Iran’s assertion that Google had had the label removed was ‘simply wrong’.

Iranians are highly sensitive about the name of the body of water, which has historically and internationally been known as the Persian Gulf.

Some Arab states insist on calling it the Arabian Gulf. The issue has stirred up tensions between Iranians and Arabs