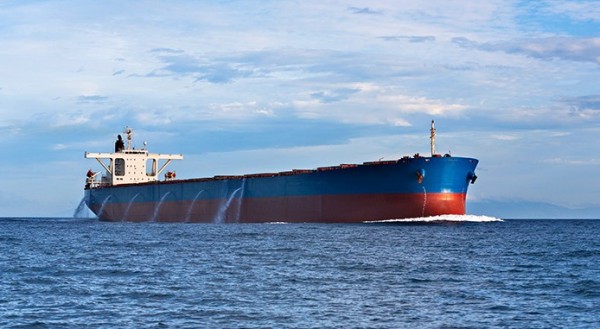 Ballast Water Management Systems aim to ocean protection; Nevertheless, these systems hide many operational and commercial risks. Given that 8 September 2024 marks the deadline for complying with IMO ballast water regulations, shipowners should face the existing challenges and find solutions.

In its first guide 'Regulation' the North Club highlighted that from 8 September 2019, existing vessels have up until its next IOPP Certificate renewal survey to comply, meaning that ships with a keel laid before 8 September 2017, are possible to need to install a BWTS at some point between 8 September 2019 and 8 September 2024.

North Club issued its third guide on BWMS focusing on the operational and commercial risks, and how shipowners can deal with them.

Specifically, the organisms that survive from the treatment process can be found in different, unusual environments, with no food and free from predators; This results to surge in their population, also known as 'regrowth'.

Concerns on the potential for regrowth within the ballast tank have been raised by a number of parties. The scale of regrowth during a voyage could result in discharged ballast water failing the regulatory discharge performance standard.

The IMO's and USCG's approval process requires that the testing is conducting five days and one day post-treatment respectively, so that any potential of regrowth has been prevented.

However, the Club highlights that this is not in line with real world time.

The BWMS are literally different systems that may hide different challenges to those operating them, resulting to harm on health.

a) Chemical handling: Some treatment systems work on the principle of chemical injection. Commonly used chemical disinfectants include sodium hypochlorite (‘chlorine’) and hydrogen peroxide and these require safe storage and handling to prevent chemical burns.

b) Electrolytic Chlorination Units: A risk of catastrophic failure exists with electrolytic chlorination units used in ballast water treatment systems. This can be triggered by over-pressurisation or internal hydrogen explosion.

Some adverse consequences fall to shipowners, due to their compliance obligations, though real potential exists for charterers to also incur irrecoverable expenses, losses, damages, etc.

Some potential problem areas in the possibility that the treatment system is or becomes defective or is otherwise rendered non-compliant during a charter are:

b) Concerning the charter party protection:

North states that there is the risk of reduction in a vessel’s ballasting capacity following the retrofit of a ballast water treatment system. This could be the result of the system being a poor match for the throughput of the vessel’s ballast pumps or additional pipework and filters introducing pressure drops in the system.

Therefore, to be clear on who is responsible and has to deal with the consequences, the Club proposes that vessel description and warranties in charterparties, existing, ongoing ones and future ones, would be relevant to determine which charterparty bears the consequences.

In other words, a vessel may be unable of meeting greater power demands, as for instance electrochlorination and UV systems require significant levels of power. So, it is crucial to assess if the vessel has the ability to power the cargo gear at the same time as the treatment plant. 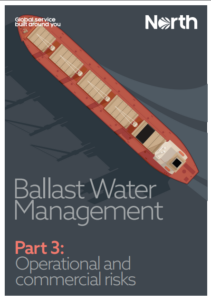