Above image is used for illustration purposes only / Credit: Petrobras

Brazil's Petrobras is expected to become the world's largest oil producer by 2030, as it gained full control of more than eight billion barrels of oil in the Buzios field, where a sixth floater being planned, according to Rystad Energy’s latest data and forecasts.

Specifically, despite Brazil's negative, biggest-ever oil auctions in November, Petrobras managed to take control of a number of barrels, followed by a $70 billion offshore capital investment spree between 2020 and 2025, solely on field development. This program will have a monumental effect on Petrobras.

Petrobras can, in a matter of years, become the world’s largest oil producer among publically listed companies. The significance is huge and symbolic. We predict that Petrobras alone can boost its production numbers by more than 1.3 million barrels per day over the next decade. 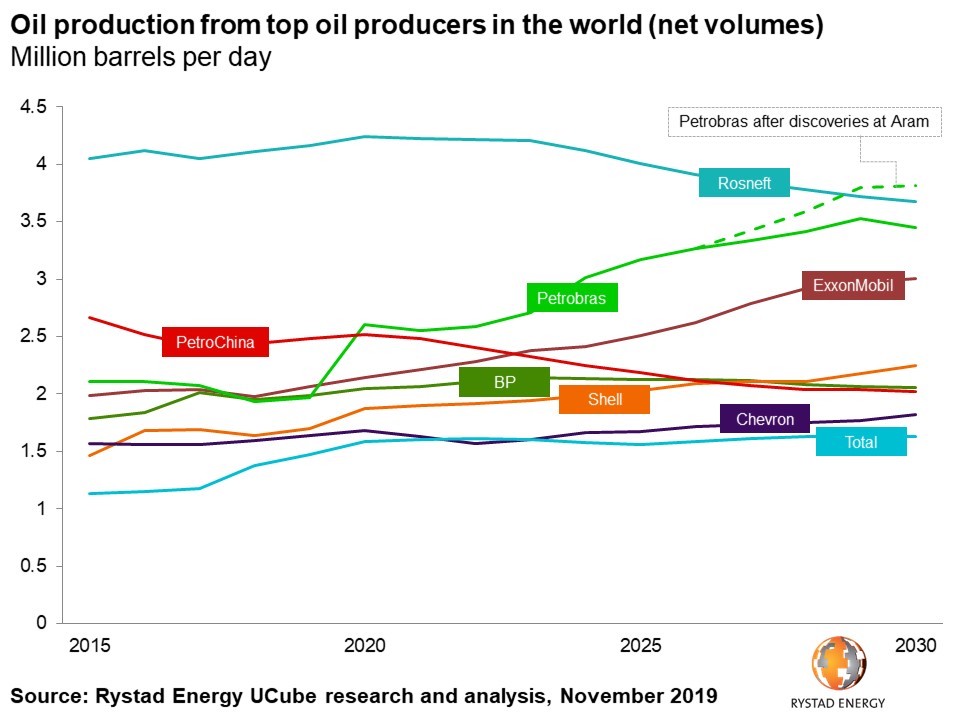 During 2019, the company has been developed from the fifth to the third largest oil producer, with an output of approximately 2.2 million bpd in the third quarter. As it stands, Rosneft and PetroChinatop the list over the world’s largest public E&P companies.

Rystad Energy forecasts that the company may surpass PetroChina in the next months, and has chances to also take the place of the ruling Russian producer Rosneft over the next decade, thanks in no small part to its latest acquisitions.