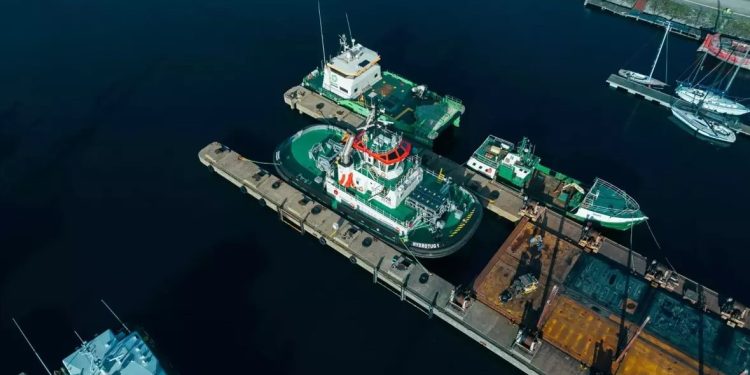 On 27 October, the HYDROTUG 1 arrived in the port of Ostend. There, the first hydrogen-powered tugboat will be further finished with the hydrogen system. Ostend was chosen because the tug can use the hydrogen bunkering facilities of CMB.TECH’s Hydrocat 48.

The HYDROTUG 1 consists of two BeHydro V12 dual fuel medium speed engines that can run on both hydrogen and traditional fuel. With this innovation, Port of Antwerp-Bruges strives to integrate the most environmentally-friendly technologies available.

The HYDROTUG 1 can store 415kg of compressed hydrogen in 6 stillages installed on deck and eliminates the emission’s equivalent of 350 cars.

The HYDROTUG 1 is part of an integrated greening programme for the Port of Antwerp-Bruges fleet and is being deployed as an important step in the transition to a climate-neutral port by 2050.

The first water launch of the HYDROTUG 1 at Armón Shipyards in Navia Spain took place on 16 May. In the following months, the remaining construction works on the vessel were completed.

As the tug arrived in the port of Ostend, the hydrogen system will be further installed and tested. The goal is to have the HYDROTUG 1 fully operational in Antwerp in the first quarter of 2023.