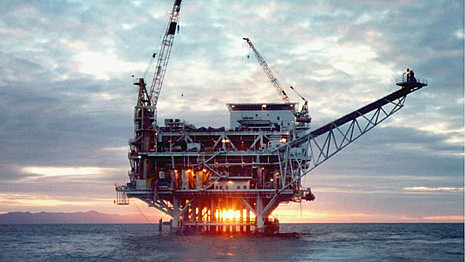 Image above is used for illustration purposes only

In fact, ExxonMobil was given more time to “ascertain the full commerciality” of two offshore blocks EG06 and EG-11 by the Equatorial Guinean oil and gas ministry.

What is more, the Ministry of Mines and Hydrocarbons of Equatorial Guinea has granted ExxonMobil a six-month extension for the offshore blocks.

The two blocks in particular, are located next to legacy oil-producing Block B and the licenses are considered highly prospective acreage, according to African Energy Chamber.

It is reminded that ExxonMobil discovered oil at the Block EG-06 Avestruz-1 well in October 2017 and has been evaluating its commerciality ever since.

Avestruz-1 is located approximately 160 kilometers offshore Malabo in an exploration area adjacent to ExxonMobil’s Zafiro field- a prolific legacy oilfield in Equatorial Guinea’s northern maritime area, in water depths between 400 and 2,800 feet which has produced more than 1 billion barrels in its more than 20 years of production.

ExxonMobil signed its production sharing contract for Block EG-06 in 2015, followed by entry into nearby Block EG-11 in 2017.

the resource potential on these two blocks is huge and we want to give the operator enough time to ascertain the full commerciality of these reservoirs.

What is more, recently, Carbon Tracker highlighted that oil and gas companies are not in line with the Paris climate goals given their projects and the investments. The oil and gas in projects that have already been sanctioned will take the world past 1.5ºC, assuming carbon capture and storage remains sub-scale.