Oil majors are not in line with the Paris Agreement

Carbon Tracker highlighted that oil and gas companies are not in line with the Paris climate goals given their projects and the investments. The oil and gas in projects that have already been sanctioned will take the world past 1.5ºC, assuming carbon capture and storage remains sub-scale.

In general, the Paris Agreement was signed by 195 nations in December 2015 who have pledged to try and keep the global warming below 2 degrees Celsius above pre-industrial levels, and pursuing efforts to limit it to 1.5 degrees.

Yet, Carbon Tracker highlights that no major oil company is investing to support its goals of keeping global warming “well below” 2˚C and to “pursue efforts” to limit it to a maximum of 1.5˚C. 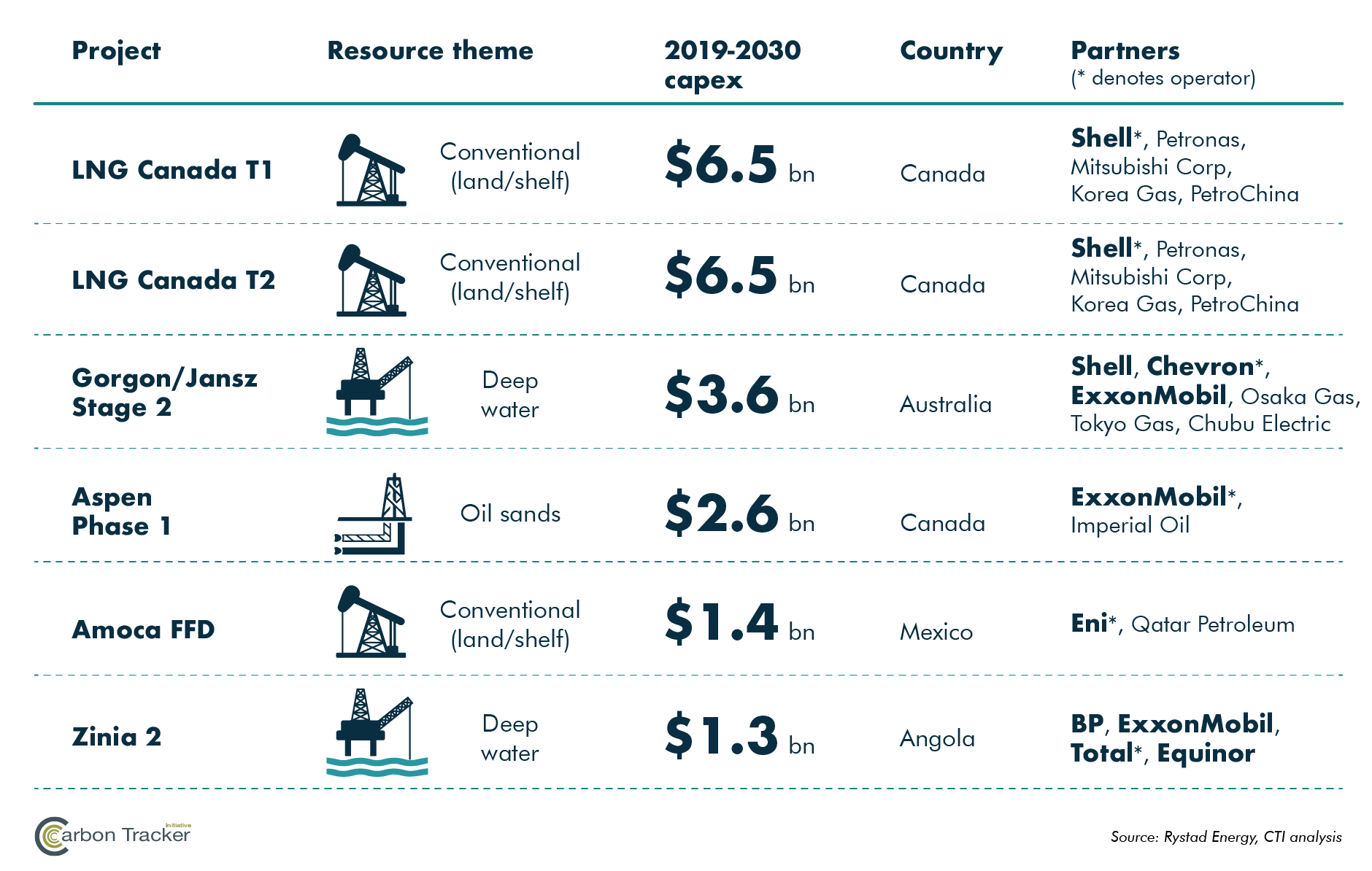 Andrew Grant, Senior Analyst at Carbon Tracker and report author, commented that all the oil majors are investing in projects that are going against the Paris goals.

Investors should challenge companies’ spending on new fossil fuel production. The best way to both preserve shareholder value in the transition and align with climate change goals will be to focus on low-cost projects that will deliver the highest returns.

Also, in 2018 all of the major oil companies sanctioned projects that fall outside a “well below 2 degrees” budget on cost grounds, such as Shell’s $13bn LNG Canada project and BP, Total, ExxonMobil and Equinor’s Zinia 2 project in Angola.

We highlight $50bn of recently sanctioned projects across the oil and gas industry that fail the Paris alignment test by a margin.

Moving in 2019, the report states that oil majors have a number of projects waiting for approval which are not in line with the Paris agreement; For instance, Total’s assets in Uganda, and various projects in Brazil. Also, US shale specialists have portfolios entirely out of the budget.