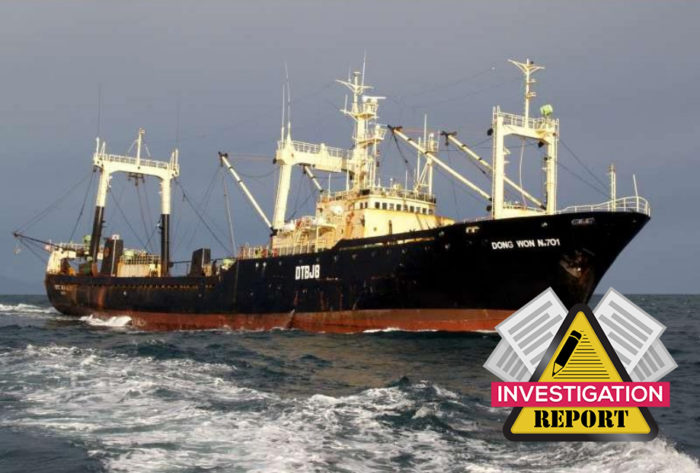 The Transport Accident Investigation Committee (TAIC) is now analyzing a fire incident on a fishing trawler in its accommodation space, with the crews' attempts being unsuccessful on extinguishing the fire, leading to much of the accommodation being burnt out.

On April 2018, the New Zealand-registered fishing trawler was discharging its fish at the port of Timaru, when the fire erupted in the accommodation part. After the discharge was done, 35 crew members went ashore, leaving the master and eight crew members on board.

Following, the engine room rating in an adjacent cabin saw smoke entering the cabin through the ventilation duct. Therefore, they decided to investigate the matter and further noticed smoke coming from the first engineer's cabin. When they opened the door they were overwhelmed by the black smoke.

Thus, the began knocking on doors and shouting "Fire!".

In efforts to take out the fire, the crew attempted to rig a ship’s fire hose to fight the fire, but could not pressurise the fire hose because they were unable to get the emergency fire pump to deliver water. Due to the fact that the crews' attempt were unsuccessful, a member of the public notified the Fire and Emergency New Zealand of the fire. FENZ arrived on the scene but by the time theyg got there the fire had already established and the vessel’s accommodation superstructure was engulfed in flames.

It took several days to seal the portholes and inject the high-expansion foam into the vessel, and a day later, April 17, 2018 the fire was fully extinguished.

Because of the intensity and duration of the fire, TAIC was unable to exactly determine what caused the fire.

However, TAIC comments that

the area of origin was determined to be the first engineer’s cabin on the officers’ deck.

The above is the result of witness accounts, mostly those that at the time of the event were in the engine room raring and were the first to discover the fire.

Additionally, the crew member on the deck below, was able to confirm that initially there was no fire in the cabin directly below the first engineer’s cabin, or anywhere else on that deck.

The image below present the first engineer’s cabin, showing that there were multiple sources of ignition, mostly electrical ones. 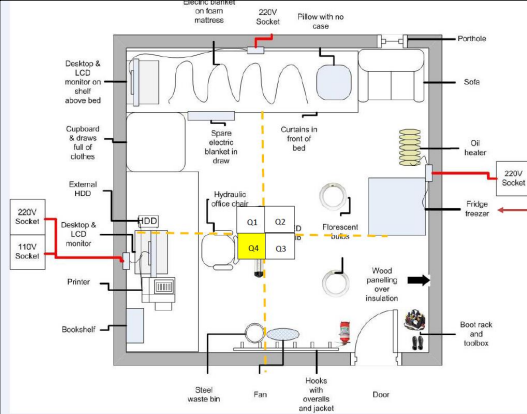 TAIC further informs that the origin of the fire was considered to be at or just above the floor level beside the rubbish bin, next to the first officer’s desk. The burn patterns on the ceiling and the warping of the steel plate where the cabin bulkheads were fastened supported this conclusion, as did the accounts of those who entered the cabin during the initial firefighting effort.

Following the investigation, TAIC reveals that:

In this case, TAIC issued one recommendation to the owner of the fishing vessel, and two recommendations to the director of Maritime New Zealand.

# Recommendations to the owner

#1 The Commission recommended to the owner of the Dong Won 701 that they assess the overall fire safety of each vessel in their fleet and ensure that the risks and consequences of fire are reduced to as low as possible, including ensuring that crews are appropriately trained and practised in responding to fires. (007/19)

# Recommendations to the Director of Maritime New Zealand

#1 The Commission recommended to the Director of Maritime New Zealand that they take any measures available to them to make post-2004 fishing vessels comply with as many of the design, construction and equipment standards prescribed in the current Rule 40D as are reasonable and practicable.

#2 The Commission recommended to the Director of Maritime New Zealand that they work with the Ministry of Transport to amend Rule 40D to put appropriate measures in place to ensure that aging fishing vessels are not permitted to remain in the system indefinitely without being required to meet contemporary safety standards.

To explore more on the Investigation of Dong Won 701 fishing trawler, click herebelow 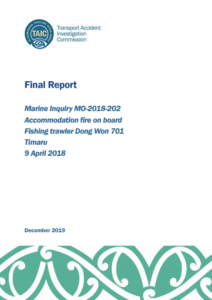