The cruise ship Grand Celebration which is operated by Bahamas Paradise Cruise Line, began its second journey to and from Grand Bahama Island for a second relief cruise on Sunday, September 15, to assist those who were affected hard by Hurricane Dorian's heavy weather conditions.

According to the cruise-company's statement

Grand Celebration is on its way to the Bahamas loaded with hundreds of volunteers and much needed supplies to help our brothers and sisters on Grand Bahama Island rebuild their lives and communities after Hurricane Dorian. We’re thankful for the thousands of donations that have poured in from South Floridians to help our neighbors.

Additionally, the cruise line loaded Grand Celebration with 30,000 pounds of water, 275,000 pounds of canned and dry food, 150,000 pounds of household supplies, and 50,000 pounds of construction materials. The cruise vessel will transport about a hundred qualified volunteers and 150 Bahamians who will help the rebuilding process. A separate cargo ship will join the mission, with equipment to reconstruct a local orphanage, fire station, and animal shelter. 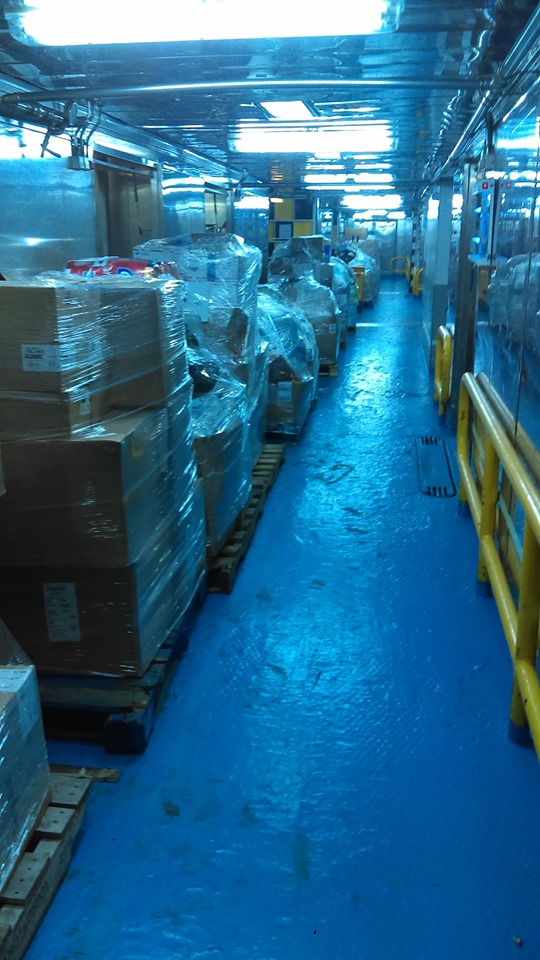 Grand Celebration was the first among the relief effort to the Bahamas as it brought relief supplies to Grand Bahama and transferred Bahamas residents with the documentation needed back to Florida, a mission that is going to repeat. In fact, the cruise vessel stayed on Monday, September 15, and Tuesday, September 16, at Freeport, Grand Bahama. It is scheduled to depart tonight and return to Palm Beach, Florida with 1,100 passengers on September 18.

She will return to Palm Beach, Florida with as many as 1,100 passengers on Wednesday morning.

The Bahamas Paradise Cruise Line has canceled all of its scheduled voyages through September 19, in order to use the vessel for the relief effort. For the second voyage the company used private donations from a newly-formed nonprofit, Bahamas Relief Cruise. The cruise line stated that it will consider returning to regular commercial cruise service in the Bahamas.

Following Bahamas Paradise Cruise Line, many were those who assisted. Specifically, Royal Caribbean announced that they will provide $1 million to Hurricane Dorian disaster relief. In addition, ITM, Royal Caribbean's business partner, will also donate $100,000. The Walt Disney Co. also provided more than 'than $1 million in cash and in-kind support to help relief and recovery efforts for those in The Bahamas affected by Hurricane Dorian.'

According to the UN Office for the Coordination of Humanitarian Affairs, 50 people have lost their lives in the Abacos and on Grand Bahama; the number is expected to increase because 1,300 are still missing. For the time being, thousands evacuated Nassau and other safe havens, and about 2,000 are housed in shelters in the Bahamas, including a large number of Hatian nationals.

When Hurricane Dorian hit the Bahamas it was a Category 5 storm causing high winds and high waves. According to reports, Hurricane Dorian was the strongest storm of the Atlantic hurricane season so far. Dorian caused disruption to several cruise ships' routes in the last few days to avoid the Tropical Storm.

We need to stop climate change, we need to make sure that we reverse the present trend when climate change is running faster than we are, and second, that countries like The Bahamas that do not contribute to climate change - but are in the first line of the devastating impacts of climate change. The international community has a “huge responsibility to support the Bahamas.