OPA 90: The recipe for success, lessons learned and further actions to be taken 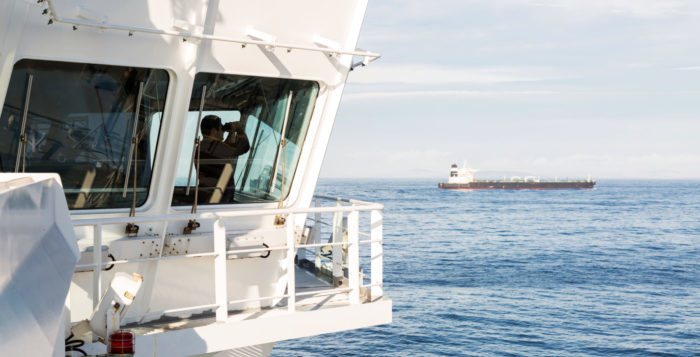 There is an ongoing consensus in the shipping industry that Oil Pollution Act of 1990 (OPA 90) is by far the most effective implemented legislation worldwide. But what differentiates the success of this regulation from several other regimes concerning maritime like SOLAS, MARPOL, STCW, ISM or TMSA? Furthermore, should we expect any regulatory updates? And, is there further need to improve the level of understanding and the level of implementation of the OPA 90?

Shortly after Exxon Valdez, spilled over 11 million gallons of Alaskan crude into the water of Prince William Sound, in March 1989, the Congress voted to pass the Oil Pollution Act (OPA). In force since August 1990, OPA amended the Federal Water Pollution Control Act and outlined how companies are required to prevent, respond to, and pay for oil spills.

In other words, it established rigorous regulatory and liability controls to protect and clean up the marine environment from oil spills, including extensive provision to prevent the circumstances under which oil spills occur. The Act implementation for shipowners is backed up by an implementation regulation shore side, thus the facilities terminals, the Coast Guard and the States themselves all have parallel requirements that have been imposed on them.

In essence, OPA 90 streamlined and strengthened EPA’s ability to prevent and respond to catastrophic oil spills. A trust fund financed by a tax on oil is available to clean up spills when the responsible party is incapable or unwilling to do so. The OPA requires oil storage facilities and vessels to submit to the Federal government plans detailing how they will respond to large discharges. EPA has published regulations for aboveground storage facilities; the Coast Guard has done so for oil tankers. The OPA also requires the development of Area Contingency Plans to prepare and plan for oil spill response on a regional scale.

Mrs. Cynthia Hudson, CEO, Hudson Analytix, during a thought provoking discussion in one of our “Ask SAFETY4SEA” episode series implied that “Communication and understanding” are the secret ingredients for OPA 90 success.

The Oil Pollution Act of 1990 (33 U.S.C. 2701-2761) amended the Clean Water Act and addressed the wide range of problems associated with preventing, responding to, and paying for oil pollution incidents in navigable waters of the United States. It created a comprehensive prevention, response, liability, and compensation regime to deal with vessel- and facility-caused oil pollution to U.S. navigable waters. OPA greatly increased federal oversight of maritime oil transportation, while providing greater environmental safeguards by:

Title I of OPA established new and higher liability limits for oil spills, with commensurate changes to financial responsibility requirements. It substantially broadened the scope of damages, including natural resource damages (NRDs), for which polluters are liable.

The need for better technologies

Recalling the Deepwater Horizon explosion, back in April 2010, that killed 11 crewmen, we understand how technology failed in the response and that the fire was extinguishable two days after the explosion, with the final progress report from the Deepwater Horizon study group, mentioning ten different techniques to plug the leak without success. The fact that it took so long to stem the oil flow generated questions and pointed out the importance of further research and development on the technologies used in a response; the introduction of drones as potential tool for an oil response for example.

Gross negligence as determined by the authorities is a way that the limitations of a liability may be broken, and the ship owner and his insurer will be facing much more damages and issues than the limitation

Indeed, although the liability of the responsible party under OPA 90 is limited, it is relatively easy to break the limit.

The container ship M/V Cosco Busan oil spill, November 2007, was a major incident with respect to liability issues. Due to a string of mistakes by its crew, marine agencies, and a pilot who the court later determined had overdosed on prescription medication, the port side of the hull scraped against a fender at the base of D tower of San Francisco-Oakland Bay Bridge.

Although the amount of gallons released into the Bay was small compared to other spills – approximately 58,000 gallons of bunker fuel – the overall expenses were huge due to the pristine environment that the incident happened.

That said, the fact that there are not frequencies of incidents as they were used to be, should not take shipowners and regulatory authorities in a relax-zone.