by John Southam
in Opinions, Smart 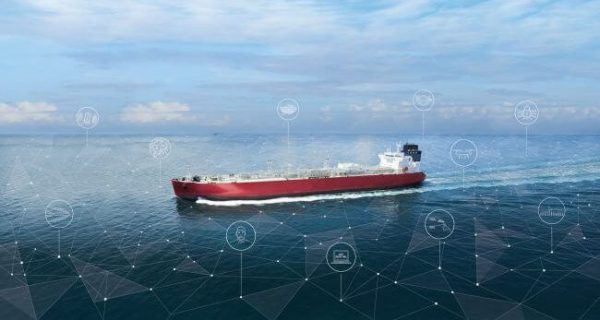 During the 2020 SMART4SEA Athens Forum, John Southam, Loss Prevention Executive, The North of England P&I Association Limited, focused on the P&I perspective of autonomous ships and new technologies in general. As he explains, with the emergence of automation, new risks have been born as well, such as new definitions or new roles. Shipping should address these changes and adopt to the new situation.

Today technology is moving quickly, probably more quickly than the service providers are ready for.

This list is not exhaustive but covers the main headlines for the P&I clubs.

Quite a large proportion of our claims are the injuries and illnesses to people. And there are incidents of all types that are often attributed to ‘human error’. So, we would expect with the removal of people on autonomous vessel to see a few less of those, leaving us primarily with the cargo, ship and pollution claims. Loss prevention and claims handling in a P&I club is based around history and data and as such we rely on mature legal framework and clear definitions on how these will be applied. For example, case law what has happened in similar previous cases, statutory regulations such as SOLAS, MARPOL, COLREGs and STCW, best practice and guidance such as the code of safe working practice. But are these things in place for the new autonomous world?

What we need to do is identify the risks involved, and basically conduct a risk assessment. We need to know what the risks are and put some barriers in place.

What barriers have we got already in place? Barriers such as the current Codes and Conventions.

For this, the IMO is currently conducting a scoping exercise of these codes, with a hope of producing a gap analysis for autonomous vessels, but these things can take some time. So, how long do we have to wait until we know what the gaps are in those regulatory frameworks that we have in place? Many of the codes and even our own P&I rules are based around known definitions, simple definitions such as “the master”. This appears several times in SOLAS, and even in the COLREGS, how will the definition of master translate to autonomous vessels? What is more, the definition of good seamanship is referenced a lot in COLREGs, rule 2 clearly states ‘the Master and crew thereof’; for example. How will the COLREGS change when there are no Master or crew?

When a P&I club deals with an unsafe berth claim we look at the level of “good seamanship” required by the Master to safely maneuver in and out of the port, what is good seamanship on an autonomous vessel and how will this change?

Another existing risk is collisions. However, what if there is a collision between a manned vessel and a fully autonomous vessel, who on the autonomous vessel is taking that liability? Will the shipowner have to seek recovery from the programmers or the software developers?

As shown, some of the current risks will be similar on autonomous vessels as well, such as pollution and cargo, even with regard to people claims there will remain risks surely we will not get rid of people claims altogether? In short, we don’t expect people claims to go away, the focus of them may shift with fully autonomous vessels. But to what degree will people be affected? There will still be people involved in this industry, even third parties such as stevedores and pilots.

Let’s also consider what the risk attitude will be of remote crews or that of a fully autonomous vessel. For example, a vessel moving in heavy weather with a crew on board, the crew will have a different perception of the situation potentially to a remote crew, or of an autonomous vessel where they can feel and see the effects of the sea.

When thinking about cargo claims there are many questions; how are we going to monitor the cargo on passage or load and discharge it properly, is the global infrastructure in place to do this safely? How will this affect application of the Hague Visby rules?

There are also emerging risks, some of which we probably don’t even know about yet, some which are already present in current day shipping, but potentially on a different scale. A good example is cyber risks. Cyber-attacks have caused many problems already but imagine the problems they would cause to fully autonomous vessels or even the remote-control center ashore. Should we consider not only cyber security, but the physical security not only of a vessel in high risk areas, but also of the control center ashore?

As far as crew competency and training are concerned, currently there are currently no hard and fast requirements at all for such vessels. Some of the remote-control vessels already being used have no seafarers involved and some only one seafarer amongst a larger number of non-seafaring control operators. I’m not saying this is wrong or right, but that currently it is not considered by instruments such as STCW. There are moves afoot to try and get a chapter into STCW for the standard of training in autonomous vessels, but again, with the tech moving so fast, will this be ready in time?

In addition, seaworthiness is something hugely important when it comes to dealing with claims. Currently, seaworthiness includes crew competency. As there is no current standard how will this be assessed?

Thinking of the autonomous vessel operations, and the potential risks, do insurance companies we need to change what they are offering? Will new risks be covered under existing policies or are new insurance products needed?

Given the lack of experience and readiness, are we starting again with a clean slate?

Above text is an edited version of Mr. John Southam presentation during the 2020 SMART4SEA Athens Forum.