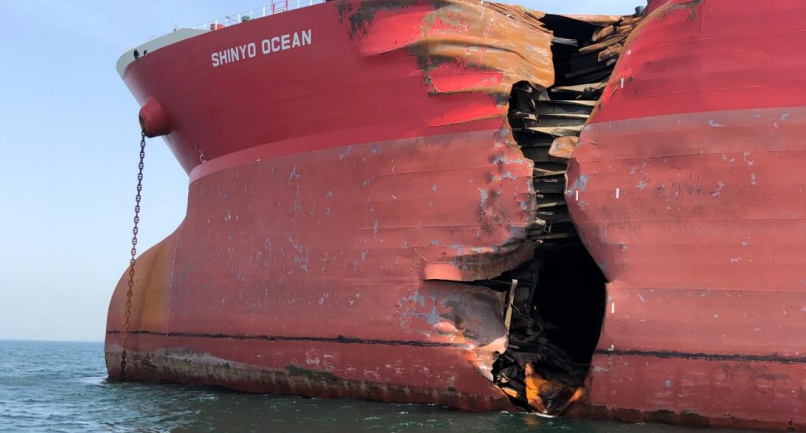 Transport Malta's MSIU issued an investigation report on the collision of the Maltese-registered LNG carrier 'ASEEM' and the Hong Kong-registered VLCC 'SHINYO OCEAN' in the passage channel of the Fujairah Offshore Anchorage Area, UAE, in March 2019.

During the night of 24 March 2019, MT Aseem was approaching the designated passage channel to the Fujairah Offshore Anchorage Area, UAE., while MT Shinyo Ocean was proceeding outwards through the same passage channel.

Aseem established contact with Shinyo Ocean over the VHF radio, and the two vessels mutually agreed on a suitable course of action.

Shortly after, the two vessels commenced their respective actions. Meanwhile, another vessel, which had just left the anchorage areas, was observed crossing ahead of Shinyo Ocean, at a close range.

Due to this situation, Shinyo Ocean altered course from the one conveyed to Aseem; thereby setting the two vessels on a collision course within a short span of time.

As a result of the collision, the hulls of both vessels were breached below the waterline, with Shinyo Ocean sustaining extensive damages.

The safety investigation concluded that the immediate cause of the collision was communication between the two vessels over the VHF radio, which continued even when a close-quarter situation had developed, thus reducing the possibility of timely and effective corrective action until the collision occurred.

During the course of the safety investigation, the Company identified a number of training needs for masters and navigating officers within the fleet. A number of safety actions were, therefore, adopted with the aim of preventing similar marine accidents in the future. These included:

The MSIU has made a recommendation to the managers of Shinyo Ocean, designed to ensure that the safety and latent factors are brought to the attention of, and addressed with the masters and navigating officers within their fleets.

It also made a recommendation to the flag State Administration of Malta to emphasize the hazards involved in VHF radio communication between vessels, for the purpose of collision avoidance. 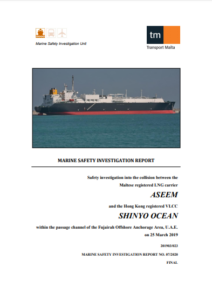