More and more innovative uses of blockchain technology are showing up after the “cryptocurrency boom”. Not only banks and governments are assessing how to use the blockchain technologies but also sectors such as logistics, healthcare or media. The demand for greater understanding of this newly emerging decentralized technology is rising much faster than expected! Which other areas could, therefore, have blockchain in their future?

Invented by Satoshi Nakamoto in 2008, blockchain is a continuously growing list of records –  blocks – which are linked and secured using cryptography. Specifically, each block typically contains a cryptographic hash of the previous block, a timestamp, and transaction data.

This modern technology is not owned by an individual or an organization. It is typically managed by a peer-to-peer(P2P) network collectively adhering to a protocol for inter-node communication and validating new blocks. Once recorded, the data in any given block cannot be altered retroactively without alteration of all subsequent blocks, which requires consensus of the network majority.

Transaction parties can now be directly connected and proceed in real-time exchanges of supply chain documents and transactions. Certainly, bitcoin is already being used as the means of payment and a mass adoption of blockchain has begun to occur in almost every industry.

Seven real-world examples of how blockchain is disrupting our world

Cross -border payments have always been an expensive and slow process. Decentralizing the process of banking, blockchain technology, removes middlemen, speeds up and simplifies this process while reducing the costs significantly.

Experts have revealed that as a digital ledger, blockchain could serve the same banking functions, combining accuracy and information-sharing into the future of financial services.

Back in 2015, Switzerland’s UBS announced its “utility settlement coin. The bank teamed up with UK-based blockchain company Clearmatics to launch the concept of a fully asset-backed digital cash instrument that would be cleared and settled via distributed ledger technology such as blockchain. A year later the pair were joined by BNY Mellon, Deutsche Bank, Santander and broker/dealer Icap. And now six more major banks have been recruited. Their aim is to provide a digital currency that could be issued as tokens and would be convertible into cash when depositing it at the central banks.

Blockchains have the potential to revolutionize the activities of governments as well. Specifically, government organizations are using blockchain to build trust through open, transparent and collaborative networks. Potential use cases of blockchain technology in government include National Identity Management Systems, Tax and Internal Revenue Monitoring, Voting, Secure Banking Services etc.

Estonia has been testing the technology since 2008. Since 2012, it has used blockchain across registries in healthcare, the judiciary, the legislature and security. Many US States are being proactive in leveraging blockchain technology for both efficiency purposes or to achieve a competitive advantage; Delaware and Illinois are two of them. Moreover, the city of Dubai now has its own cryptocurrency. This new cryptocurrency, called emCash, runs on its own blockchain and is designed for various financial transactions. emCash uses the latest blockchain technology and works as part of payment system called emWallet. The digital currency has varied advantages – faster processing, improved delivery time, less complexity and cost, to name a few. The city will also have a shared platform, called Blockchain-as -a -Service (BaaS).

In the healthcare sector there are unlimited data shared over scattered systems. Lack of synchronization and database co-ordination among different offices or departments makes it difficult to access information when it is required. With blockchain, medical history could be securely stored and controlled by patients.

Gem, a startup based in Venice California, has launched the Gem Health Network, a blockchain network for the global companies across the continuum of healthcare. In San Francisco, the Tierion is another blockchain startup that has built a platform for data storage and verification in healthcare; both Gem and Tierion recently partnered with Philips Healthcare in the Philips Blockchain Lab.

We are all aware that the energy management is a highly centralized industry. Energy producers and users cannot buy it directly from each other and have to go through the public grid or a trusted private intermediary. Incorporating blockchain technology into the energy market may solve this problem. TransactiveGrid serves as a good example; a startup using Ethereum that allows customers to buy and sell energy from each other using a P2P network.

There is no doubt that Blockchain technology is revolutionizing the transportation and logistics industry, enabling more efficient and cost-saving business operations. Blockchain will allow coordination of documents on a shared distributed ledger, making physical paperwork largely unnecessary. Smart contracts, approvals and customs clearance will be quicker and more efficient, reducing processing times for goods at customs checkpoints.

The blockchain can be used to create decentralized versions of P2P ridesharing apps, allowing both car owners and users to arrange terms and conditions in a secure way without third party providers. Startups working in this area include Arcade City and La’Zooz. Furthermore, Swiss Tech Firm SkyCell created blockchain enabled refrigerated containers that brought their temperature-deviated rate down to less than 0.1%.

In the shipping sector, Abu Dhabi Ports subsidiary, has become the first Abu Dhabi entity to develop and launch its own blockchain technology, combined with digital user identities to link stakeholders across the trade community, with greater security, transparency and efficiency. Moreover, the European Commission recently approved, under the EU Merger Regulation, the proposed creation of a joint venture between IBM and Maersk. The joint venture will focus on providing secure methods for conducting global trade using blockchain technology.

Nowadays, it has become a necessity to provide customers an encrypted and secure ledger platform to ensure their trust. Blockchain is a revolution in the media industry, where major flaws in the management system like piracy can mean considerable losses. Although this technology will need time to gain full support and trust, it surely has the potential to bring in a major transformation in the whole economy.

Blockchain is a new way of trust management and can be used to verify many types of data in insurance and other smart contracts. Real-world data will be integrated into blockchain smart contracts instead of going to a lawyer or a notary, loosing time and paying extra for their services. It may be too early to know whether blockchain can overcome any legal and regulatory hurdles. However, insurance companies and startups are exploring its possibilities; Aeternity is one blockchain project that is building tools that are useful in the insurance industry. 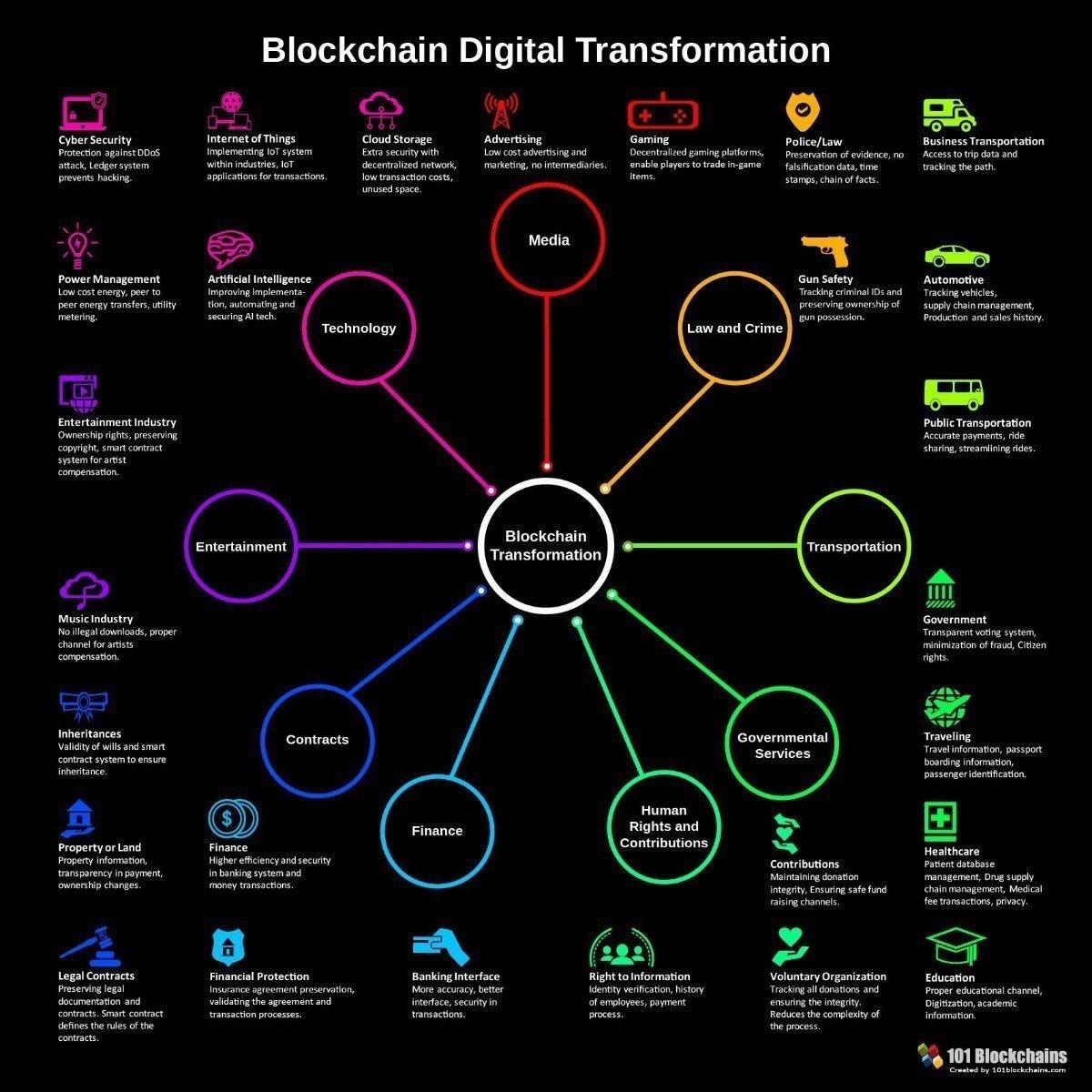