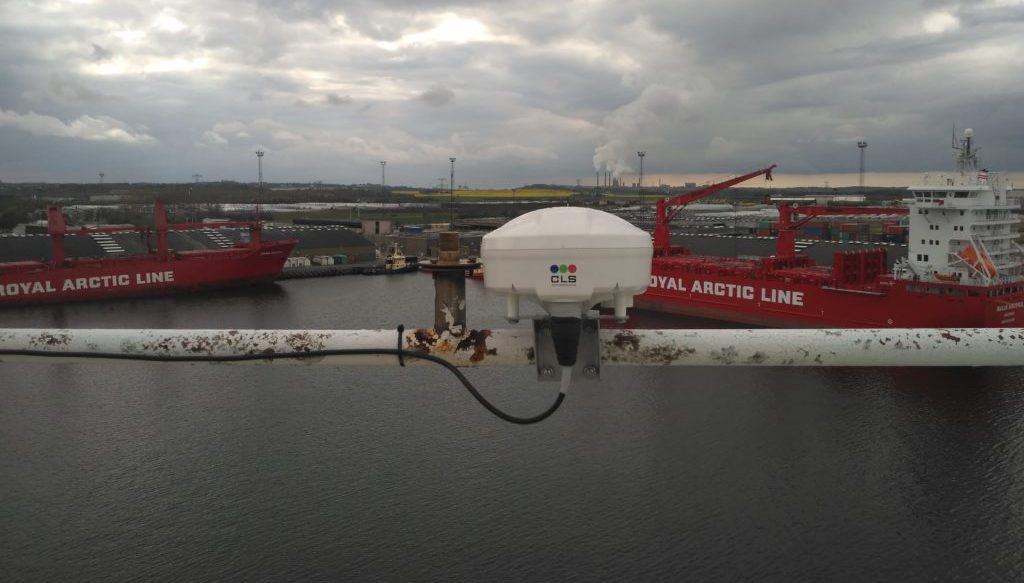 The European project Efficiensea2 has joined forces with Royal Arctic Line to complete the first-ever test of how space weather in the Arctic region influences the full range of a vessel’s communication channels.

When shipping companies deliver goods across the world, there is a risk in regards to the phenomenon of space weather, explains Jean-Jacques Valette, Space Systems Engineer at Collecte Localisation Satellites (CLS), a partner in the EU funded EfficienSea2 project:

“The more dependent we become on satellite communications, the more crucial it becomes to prepare for the effects of an outburst of disruptive energy and ejected particles from the sun. A full understanding of how space events affect our communication methods is essential, and we hope to help with that in EfficienSea2”.

Mr Valette added that Royal Arctic Line's help in the campaign will improve the validity of the results, as it gives chance to install equipment aboard a ship sailing in the Arctic Waters, rather than testing the equipment from shore.

CLS will monitor the influence of space weather on board the ship Mary Arctica for a total of 3 months in the Arctic region. Despite the solar cycle not currently reaching its maximum, solar events and Earth magnetic events should impact terrestrial systems in the polar region during this period. Specifically, engineers have installed nine antennas covering all systems included in the test as well as a data recording system aboard the ship, which sails from the Port of Aalborg in Denmark to different ports in Greenland.

At the end of the campaign, scientists will analyse how the most popular maritime communication tools, AIS, Argos, Inmarsat, Iridium and GPS, may be affected when exposed to space weather.

It is the first time ever that such a campaign has been launched to investigate how space events influence a full range of communication technologies aboard a ship, and CLS expects to learn more about both communication and positioning technologies, explains Jean-Jacques Valette:

“Experience from major space events tells us that both positioning and communications may be perturbed and in the worst cases interrupted, but we know very little about how it differs between the different systems aboard. This campaign is a rare opportunity to study the vulnerabilities of the different systems as experienced by mariners going through an area affected by space weather.”

The campaign is run within the EU funded project EfficienSea2, which, among other things, aims to support the development of a space weather forecast service capable of warning mariners in case of potential impacts on maritime communications and positioning.