10 kidnapped crew from ”Davide B” released 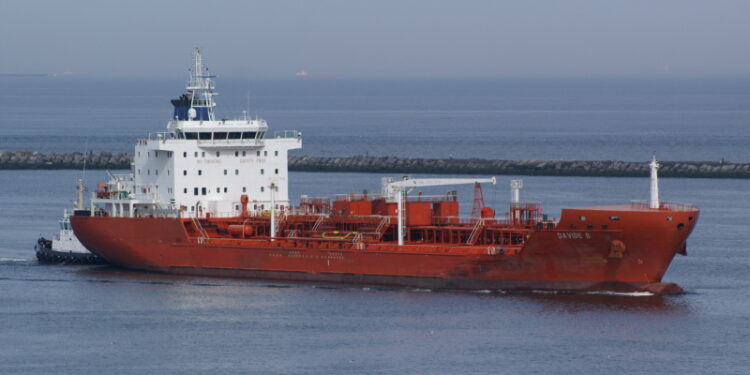 The 10 Filipino seafarers who were kidnapped in the Gulf of Guinea have been released on April 11 and are expected to arrive home on April 19.

The seafarers are part of the 15 crew members abducted from the chemical tanker Davide B after nine armed intruders boarded the vessel while off the coast of Benin last March 11, 2021.

Six other Filipino crew members who were spared from the kidnapping were repatriated safely on April 3, 2021.

The Department of Foreign Affairs extends its gratitude to the Dutch owners and the local manning agency Elburg Shipmanagement Phil’s., Inc. for the prompt and safe release of the seafarers, as well as their immediate repatriation

the government of the Philippines stated.

All crew members are in a relatively good condition given the difficult circumstances they have been under in the last four weeks. They will be receiving medical checks and are being repatriated to their home countries as soon as possible

As Chiara de Poli, CEO of De Poli Ship management stated, ”the past weeks have been an extremely difficult period for everyone, in particular for our 15 seafarers and their families.”

Within 2020, there were 5 incidents inclusive of kidnapping that occurred within 30nm of this reported incident. The latest annual report by Dryad Global showed that kidnapping incidents remain unacceptably high in Gulf of Guinea, while the annual IMB piracy report recorded the highest ever number of crew kidnappings in 2020, with this region accounting for 96.3% of global crew abductions.

In January 2021, one crew member was killed when pirates boarded the Liberian flagged container ship MV Mozart, approximately 98nm NW off Sao Tome and another 15 crew were taken hostage.