Windward: Partial re-opening of Shanghai’s port will have a “ketchup effect” on supply chain 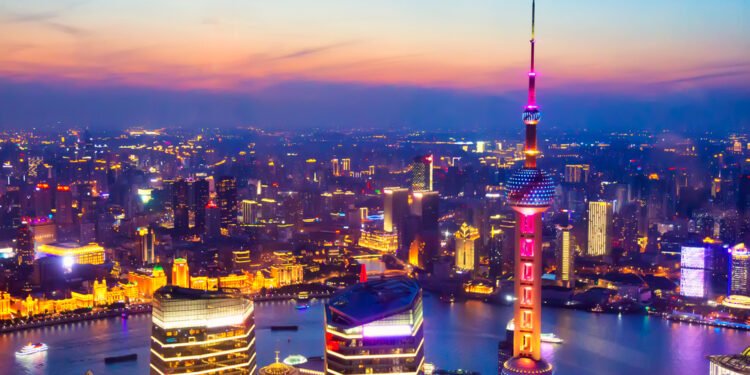 In its latest report, Windward focuses on the recent re-opening of the Shanghai port and the impact it will have on the supply chain.

As Windward said, it is widely accepted that the partial re-opening of Shanghai’s port will have a “ketchup effect” on the global supply chain. The clogged bottle that is Shanghai will drain and the resulting mess – as vessels carrying pent-up export cargo arrive at their destinations – will become problematic.

With congestion getting much heavier in Europe, U.S. infrastructure still ill-equipped to handle sufficient volumes, and the fact that the port is only partially re-opened, this situation will take time to resolve itself (both in Shanghai and at other destinations).

Windward’s AI-driven data shows that the length of calls to the port of Shanghai was not critically affected by the lockdown in the city and the ongoing congestion in the area. Comparing May 2022 to May 2021, Windward’s data shows that the monthly average increased by only 1.2 days, from 17 to 18.2 days, or an increase of 6.9%. But the number of port calls made by container vessels to Shanghai in these two periods dropped 16%, from 1,263 to 1,062.

In terms of the number of vessels currently on their way from Shanghai to Los Angeles and Long Beach, there are currently 29 such vessels with a total carrying capacity of slightly more than 225,000 TEU.

This obviously only tells part of the story, as there are many other gateways, including on the East Coast of the U.S., but LA/Long Beach are good proxies, as they handle between 50-60% of all U.S. import containers.

Assuming that trucking capacity returns to normal, we can expect this to pick up significantly during June, as factories are starved for raw material and a significant number of empty containers will need to be inserted into the Shanghai area supply chain to cater for further increases as the peak season sets in

Again, it is useful to look at the LA-Long Beach complex. According to Windward data, in May 2022, 19 port calls were made to the ports of Los Angeles and Long Beach from Shanghai, by container vessels carrying a total capacity of 112,582 TEU.

“This is not surprising, given that the port has been prevented from exporting much cargo, and carriers have either omitted the port, or blanked sailings altogether,” said Windward.

Looking at Windward data analyzing the back-haul direction, in May 2022 there were 14 port calls made to the port of Shanghai by container vessels arriving from the ports of Los Angeles and Long Beach, with a total capacity of 130,564 TEUs. In May 2021, that number was 17, but those were made by smaller vessels overall, carrying a total capacity of 117,395 TEUs. While three fewer port calls were made to Shanghai by container vessels arriving from LA/LB in May 2022, the TEU capacity of those vessels grew by 11.2%.

All of the expected delays in port stays, even by as little as a day, can have severe knock-on effects on container schedule reliability, which is already at an all-time low, as Sea-Intelligence’s monthly Global Liner Performance report shows.

While we see a slight improvement in global aggregated days’ delay, this masks significant variations per trade. Also, we can expect this number to creep up, as a consequence of the combination of Shanghai congestion, import gateway congestion, and peak season onset

When all factors are considered, supply chain planners would do well to anticipate an increase in delays, with only a few actions possible to counter this development.

This is one reason why we are already seeing customers making bookings for cargo that they do not expect until the holiday season (both Thanksgiving and Christmas!). This used to be an industry joke, but it has gone from smile-inducing to enactment

The next problem will arise when those containers finally clear congested terminals in Europe and the U.S., where little warehouse capacity exists for overflow cargo, and where shippers are in any case reluctant to take on this added administrative and operational burden.

The obvious solution is to leave containers in the yards of factories and/or warehouses, which will not only potentially result in astronomical detention bills, but also hamper the smooth flow of empties back to Asia, as well as result in further shortages of chassis.

The only certainty during these upcoming uncertain times is that no person, or organization, is an island. Domain experts’ innovative technology and consultancy will play important roles in supply chain players’ ability to respond to the “ketchup effect” and accompanying congestion, as well as other crises that arise.