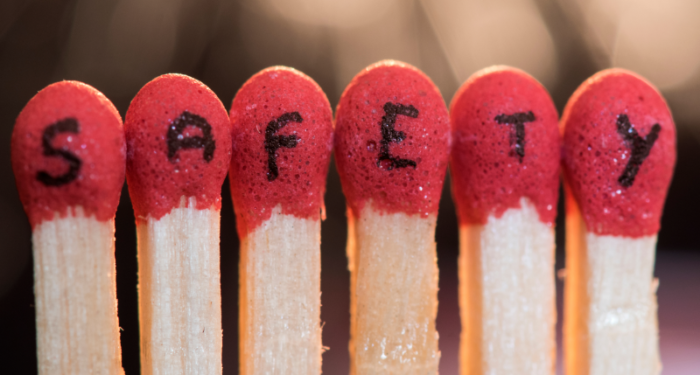 The US Coast Guard issued a safety alert warning of a potentially dangerous circumstance involving Personal Flotation Devices (PFDs). During several inspections involving different vessels, USCG personnel discovered a significant number (>100) of unwearable type 1 PFDs that would have presented a problem for users if needed in an emergency. It is reminded that regulations require PFDs onboard vessels to be wearable and in serviceable condition.

Normally, when a wearer dons the type of PFD shown, a person grabs both sides of the vest to pull the sides apart and the waist band strap moves freely through a slit opening: 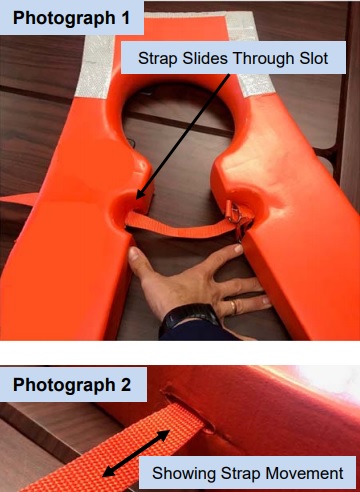 The user is then able to easily don the PFD by placing it over the head, passing the strap around the body, clipping the end onto the securing D-ring, and tightening the strap securely. However, according to USCG:

During recent PFD inspections, inspectors discovered that the securing strap was secured at its bitter end, and was also fused to the side of the PFD by what appeared to be the shell coating or color-matching material. 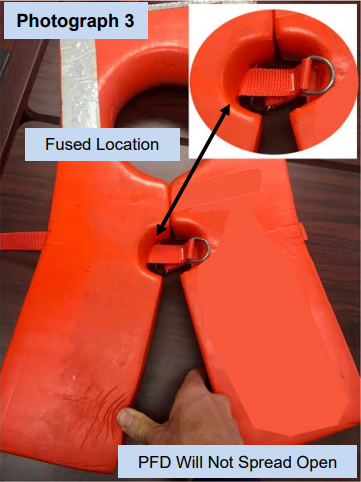 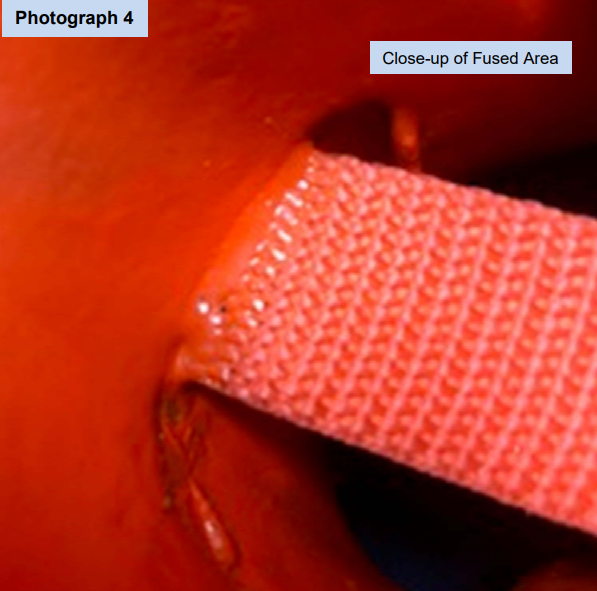 As a result, a user is unable to separate the halves of the PFD to open the gap and place over the head to wear. Based on the number of problematic PFDs discovered, the Coast Guard is strongly recommending that owners and operators using this type of PFD inspect each one for this condition.

If problematic PFDs are discovered, owners and operators are encouraged to report their findings to the Coast Guard Office of Design and Engineering Standards via email to: TypeApproval@uscg.mil. Please include the name of manufacturer, design number, lot numbers, and quantity of PFDs impacted. Also indicate if the coating had been touched up at any time, and the total number of similar unaffected PFDs onboard.