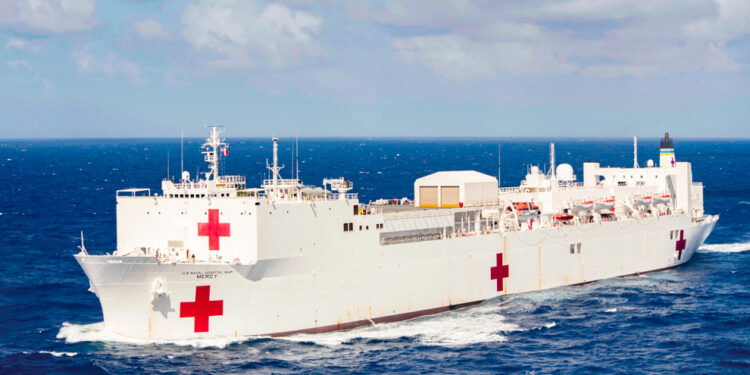 A train engineer at the Port of Los Angeles was arrested on federal charges for allegedly running a locomotive at full speed off the end of rail tracks near the hospital ship USNS Mercy, Tuesday afternoon.

Eduardo Moreno, 44, of San Pedro, was charged today in a criminal complaint with one count of train wrecking, data by US Department of Justice reveals.

According to the criminal complaint filed in US District Court, Moreno admitted that he intentionally derailed and crashed the train near the Mercy.

Namely, he ran the train off the end of tracks, and crashed through a series of barriers before coming to rest more than 250 yards from the Mercy.

There were no injuries and the Mercy was not damaged in any way.

However, the incident did result in the train leaking a substantial amount of fuel oil, which required clean up by fire and other hazardous materials personnel.

Now, the FBI’s Joint Terrorism Task Force and the Port of Los Angeles Police are leading the investigation.

When the CHP officer, who witnessed the crash, contacted Moreno, he made a series of spontaneous statements, including, “You only get this chance once. The whole world is watching. I had to. People don’t know what’s going on here. Now they will.”

In his first interview with the Los Angeles Port Police, Moreno acknowledged that he “did it,” saying that he was suspicious of the Mercy and believing it had an alternate purpose related to COVID-19 or a government takeover, the affidavit states.

In a second interview with FBI agents, Moreno stated that “he did it out of the desire to ‘wake people up’.

Moreno stated that he thought that the U.S.N.S. Mercy was suspicious and did not believe ‘the ship is what they say it’s for.