The road to 2050 energy transition

In the most recent Energy Transition Outlook, DNV GL presents its timeline of the next 30 years of the energy transition, which shows many astonishing milestones. Namely, the one of the key takeaways of the timeline is the peak of energy supply and demand, but there are other significant milestones as well.

See also:
According to the timeline oil will peak at 2022, while 4 years later transport energy demand will peak. Four years after, in 2030, the world will see another significant peak, with nuclear and primary energy supply reaching their top points.

In addition, in 2033 natural gas will peak, as well as the final energy demand. A year later, manufacturing energy demand will peak as well.

As for shipping, in 2027 maritime energy demand will peak, while in 2030 seaborne container trade will exceed that of crude oil.

Six years later, in 2036, seaborne gas trade will surpass coal trade, and finally in 2038 half of maritime energy use will be non-oil.

You may see more details about the transition to cleaner energy, in the following infographic: 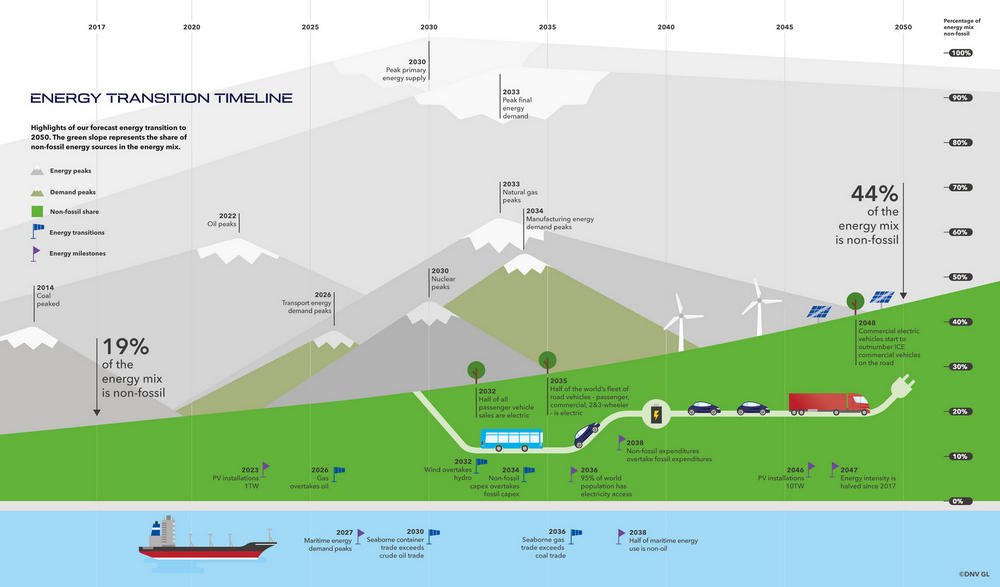